You have permission to edit this page.
Edit

The Triton Central High School marching band practices in the front parking lot Friday morning. While there is no competitive season, the band will still perform at football games and possible non-competitive shows in September.

Band members continue to wear masks while practicing except for when wind musicians play.

This year’s show is called “ME!” and is based off Taylor Swift’s song of the same name. Band members continue to wear masks while practicing except for when wind musicians play.

When Joey Shepherd learned that marching band competitions were canceled in 2020, the Triton Central High School band director was not surprised.

After all, he and his students had finished out the 2019-20 school year with virtual learning and are entering the upcoming school year under unusual circumstances.

That’s not to say he and the band were not disappointed.

Under normal circumstances, the marching band competes in several competitions, starting in early September, leading up to regionals, semi-state and, if they qualify as the band has done in the past, state.

The band will perform at Triton Central’s five home football games as well as possibly doing some independent, non-competitive shows in September.

Current circumstances have forced the band to modify the most basic of things, from practicing social distancing to no longer sharing a music stand when they rehearse indoors to washing hands frequently.

When school resumes next week, the band will rehearse in the auditorium to ensure social distancing is practice.

But perhaps most noticeable for the moment are the masks.

Band members continue to wear their masks while rehearsing.

Even the brass and wind instruments themselves are covered for additional protection.

One of the parents made the instrument coverings.

“It works pretty well,” he said. “It’s a different world we live in. That’s for sure.”

The year’s show, “ME!” is based off the Taylor Swift song with the same name.

The show follows a character who begins with self doubt represented by the song “Bad Liar” by Imagine Dragons, followed by “Just the Way You Are” by Bruno Mars. By the end of the show, the character ends with self acceptance represented by Swift’s song.

This is an easier show, a decision made prior to COVID-19. It was a fortunate decision, Shepherd said, considering the band doesn’t know how long it will be able to rehearse with the uncertainty surrounding the upcoming school year.

Despite the circumstances, the band continues to work hard, he said.

“Obviously we’re being as safe as possible,” he said. “I’ve been telling people, I think this is safer than what we’ll be facing next week in the classroom.” 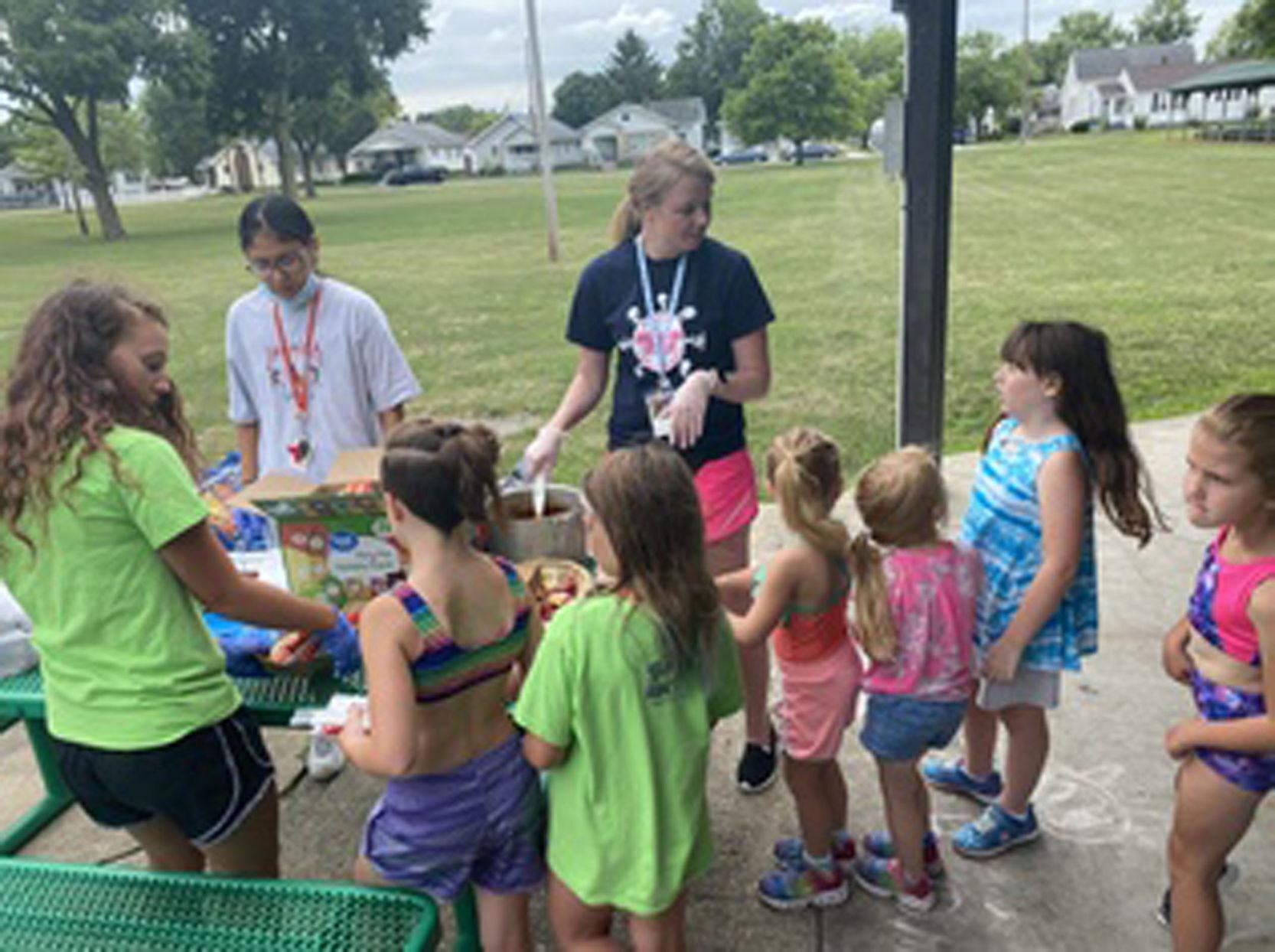 Girls Inc celebrates the end of summer camp with a picnic on Friday. The camp went through great lengths to keep the camp running since June. They ended the summer with an end of summer celebration that included outdoor water games.

Shelby County 4-H has indeed taken 10-year members Adam and Trent Tomamichel on an incredible journey – one that may quite literally propel them to great things in the future.

Meanwhile, the experience has also been picture perfect for 10-year member Emma Weintraut.

These three are the final 10-year Shelby County 4-H members to be profiled in this strange 2020 year. The Shelbyville News is pleased to share the accomplishments of these 21 outstanding youth and hopes you’ll take time to review the special 4-H section inserted in today’s newspaper.

Adam is a son of Todd and Melissa Tomamichel. He attended Triton Central High School and is a 10 year 4-H member.

While in 4-H, Adam was a member of the Triton 4-H club. He attended the 4-H achievement trip to Chicago, which he describes as “a memorable experience I will never forget.”

Adam plans to attend Purdue University where he will major in Unmanned Systems.

Trent is a son of Todd and Melissa Tomamichel. He attended Triton Central High School and is a 10 year 4-H member.

While in 4-H, Trent was a member of the Triton 4-H club. His favorite 4-H project was Model cars.

His most memorable 4-H experience was having his projects go to State Fair where he received many blue ribbons and special merits.

In the future, Trent plans to work at a body shop.

Emma is a 10 year 4-H member with the Liberty Lucky Charms 4-H Club. She has enjoyed taking the foods project as well as photography.

A photo of Emma was not available at press time.

AP
Father drowns trying to save 2 children in Lake Michigan
07.31.20

ST. JOSEPH, Mich. (AP) — A 44-year-old Indiana man has drowned in Lake Michigan while trying to save his two children, authorities said.

Four people were seen struggling in the lake about 8 p.m. Thursday at Lions Park Beach in southwestern Michigan’s St. Joseph, police said in a release.

The man’s children, ages 17 and 12, were swept away. They were rescued by a St. Joseph reserve officer. Their father was pulled from the water, but later was pronounced dead at a hospital.

He was from Lakeville, Indiana, south of South Bend. His name wasn’t immediately released.

A man on a surfboard was able to rescue the other two people.

The couple began their journey exploring shrimp farms when Glen Schmeisser’s lab with Indiana University got shut down.

The couple wanted to find something they could do that would make them some money, but also be a little different.

At a Christmas dinner at Kelli Schmeisser’s dad’s house, they found their answer.

Kelli had stopped buying shrimp from the grocery stores because she said it tasted like chemicals. When she bit into a shrimp from a local shrimp farm, she was amazed.

That night the family spent time on Youtube watching shrimp farm videos. After some research, and visiting some shrimp farms, they decided to pursue it.

They were approved by the Shelby County Commissioners office to go ahead, and they built their barn. Shortly after, however, Glen’s dad was sick. They spent time off taking care of him.

Now, they are ready to go. They have people lined up to buy shrimp, and this weekend will be their soft opening.

Kelli says that with their organic farming style, these shrimp are much different than the ones you can buy at the grocery store.

They buy them from a place in Texas along the coast. The shrimp are then sent in, in a styrofoam box.

“It’s amazing when you watch them turn to this little thing from an eyelash to as big as your hand,” Kelli said.

Glen uses ingredients in the water that all humans use on a daily basis, such as baking soda and sugar. There are no antibiotics, steroids, or pesticides used.

“When you bite into our shrimp, it is a crisp, natural flavor. It is so fresh, so delicious,” Kelli said.

There is no bad odor with their shrimp, like the smell that is usually associated with seafood.

“We have invested a lot into this,” Kelli said. “Financially, emotionally, and physically. It is 24/7.”