Since their marriage in 2013, they’ve attended retreats and marriage seminars that helped bring them closer together. 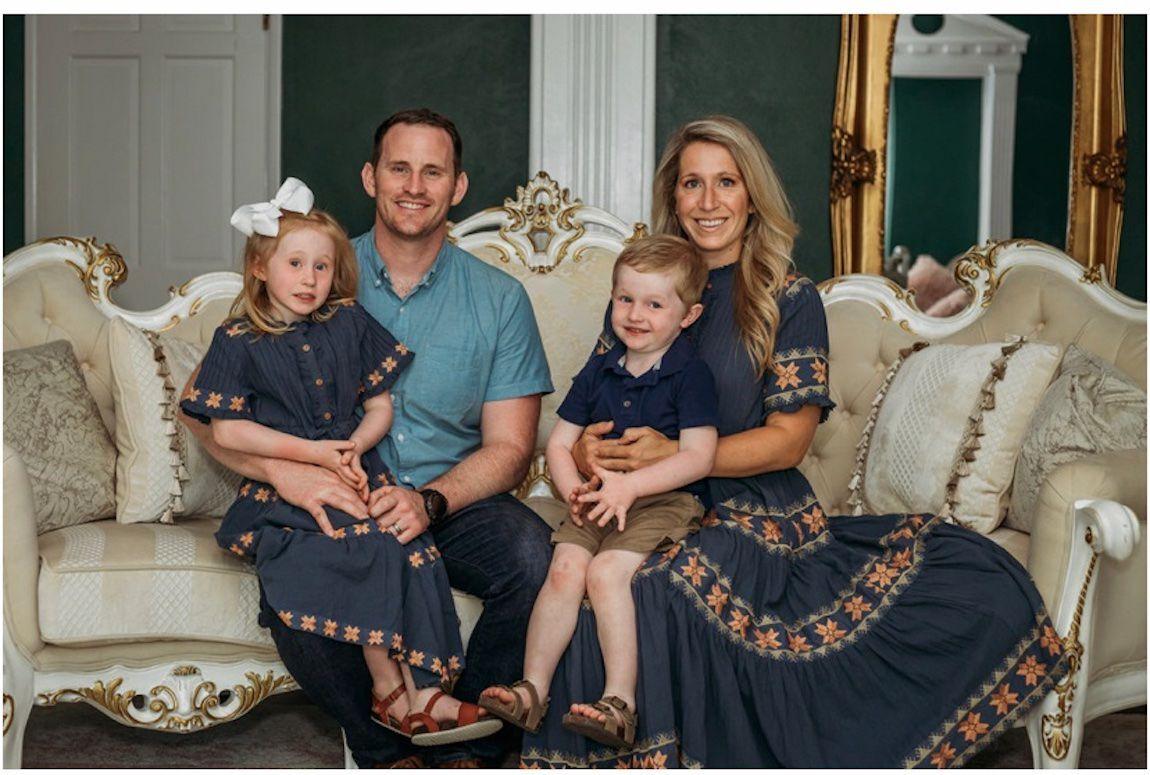 The Barlow Family sits in the main living area of a former mill, which was transformed into a home in the 1950s. Adam and Alli Barlow have transformed the historical home into a retreat for military couples.

“We went on [a retreat] in New Mexico and it was like you stayed in your own cabin and had this whole big property to yourself and it was a husband and wife who would counsel,” she said.

“They had a dedicated marriage enrichment curricula, if you will. It wasn’t like counseling,” she said. “We went and thought this is the only marriage we’re going to have, we want to make it as good as we can, let’s go try it out. And we didn’t have any problems, but in going through that we were able to understand how the other was wired more and it was so helpful to have a third-party sit in and listen, who is trained in this communication, to give an unbiased look on it.”

Alli said they benefitted so much from it they wanted others to have that experience.

So they’ve opened a nonprofit to help other military couples have that same enriching experience.

The Mission at the Mill is a program the couple established by renovating a historic Flat Rock house into a weekend getaway. 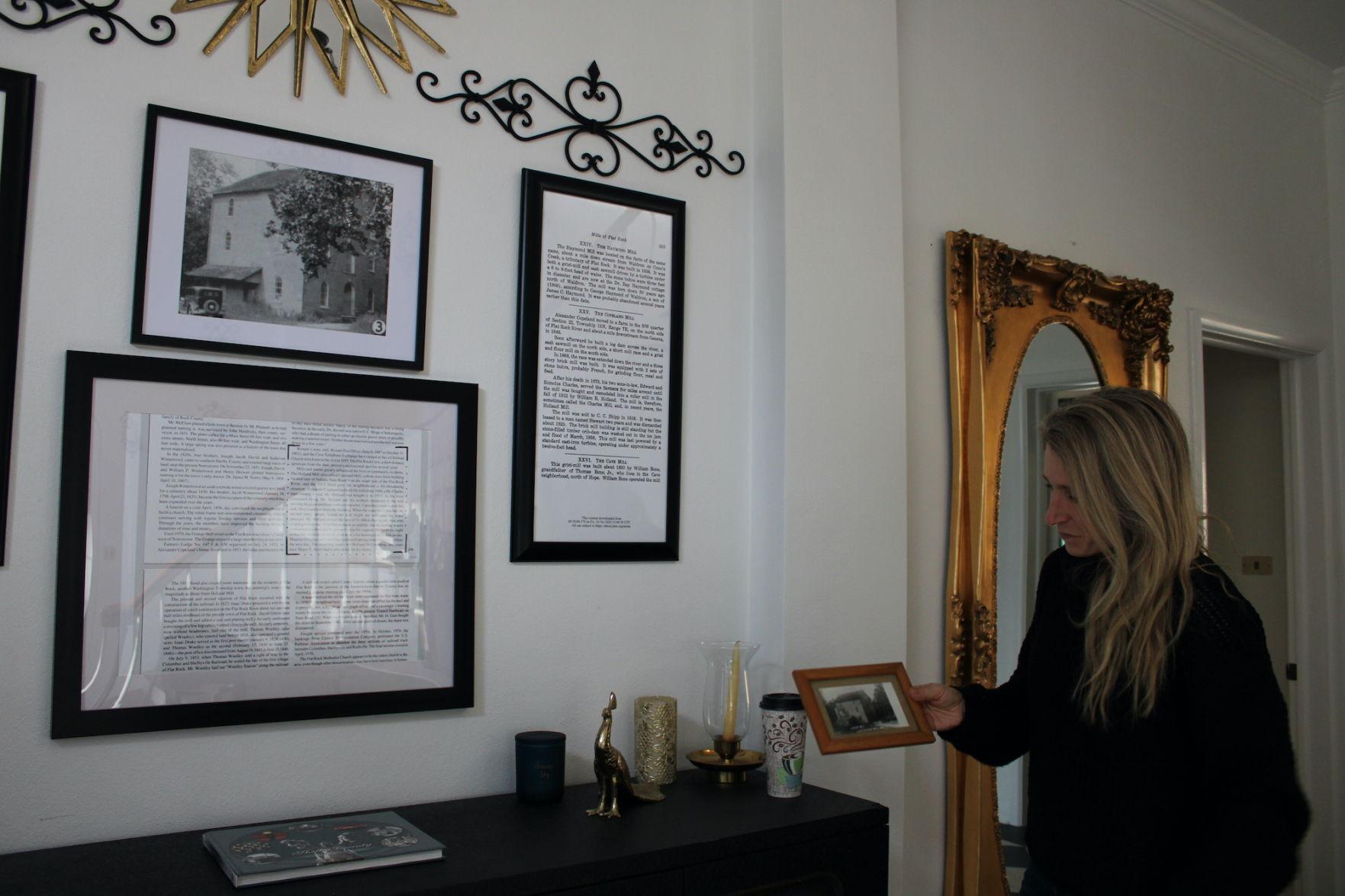 Alli Barlow explains the history of the Copeland Mill, a historic Shelby County home. Barlow and her husband have transformed the 18-acre property into a retreat for military couples.

The house on the property at 9271 S. 225 East was originally built as a mill by Alexander Copeland, according to Grover Center Assistant Director Sarah Newkirk.

“In 1846, Alexander Copeland built a log dam across the Flat Rock River, about a mile downstream from Geneva,” Newkirk said in an email. “With it, he constructed a sash sawmill, a mill race and a grist and flour mill. In 1868, Mr. Copeland extended the mill race and built a three story brick mill at the same site. For many years, The Copeland Mill was one of 29 water-powered mills in operation along the river.”

The property went to Copeland’s sons, Edward and Romulus Charles when he passed, and then to William R. Holland in 1912 – this property was also known as the Charles Mill and the Holland Mill.

“Although the brick structure remained, the dam built by Mr. Copeland in 1846, was washed out in an ice jam in 1936,” Newkirk said.

The mill was turned into a house by Major T. Jester, who owned the property circa 1950. 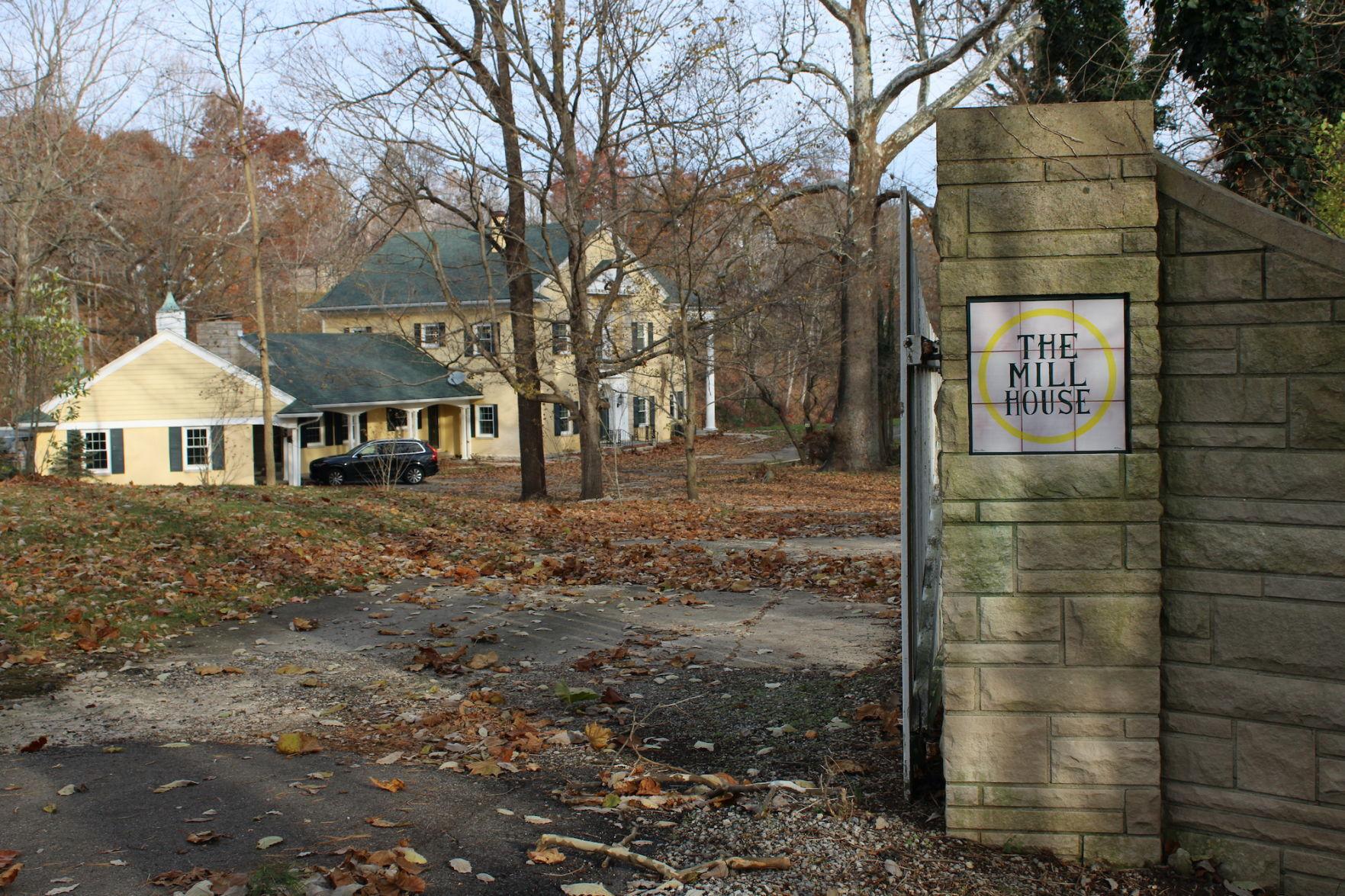 The Mission at the Mill is a nonprofit organization that allows military families to spend a weekend at a historic Shelby County home on the Flat Rock River. During their stay, these couples will receive marriage engagement sessions to help strengthen their relationship.

The Barlows have owned the 18-acre property since Winter 2019. Alli said they purchased it with the intent to turn it into a retreat, specifically for military couples, because Adam is in the Army.

“We’re very involved in our church, so we thought this would be our ministry to do,” she said. “And, because he’s in the Army, we were in the phase of life where the people are either having kids or their marriages are starting to fall apart.”

“We thought, let’s try to help take that stigma away that you have to be in a crisis to do any sort of enrichment to better your marriage,” she said.

There are no places like the Mission at the Mill in Indiana and a large military population, she added.

After they bought it, Covid happened. But that just gave the Barlow couple more time to fix up the house – not that there was much wrong with it.

“All during Covid we bought the furniture, my brother in law did the paint, we were able to during Covid turn it into what it is now,” Alli said. “The only downside is it took forever to get appliances in.”

“We tried to leave it as original, we have not changed the layout,” Alli said. “The only thing that had major updates were the kitchen. We tried to keep the cabinets, but they were too old to withstand a new countertop.”

They are still finishing the kitchen, so it is not yet open. They hope to have it open in the beginning of 2022.

And when they do start booking rooms for the weekend, it will be free to military couples and families.

“If you’re military, veteran, first responder, you can get to stay here a weekend for free and have access to the whole 18 acres,” Alli said. “We would meet with them – it’s kind of customized. The curriculum is built for four main sessions.”

Once it’s ready, military couples can book the house for the weekend through The Mission at the Mill’s website, themissionmill.org. The application process includes a survey to help the counselors determine where the couple is in their relationship.

Even if you’re not military, the house will still be available through Air BnB – but it won’t be free. The cost of renting the house will be contributing toward the nonprofit to benefit military couples and families.

Anniston Evans, playing the role of Puss, bows to King George, played by Wyatt Schonfeld (far left) and his family during Monday evening’s Shelby County Players rehearsal. SCP will be debuting the children’s show “Puss in Boots” with performances for Shelby County elementary schools throughout the week. The first public show debuts at 7:30 p.m. Dec. 3.

Peyton Rader picks up Dion Lee during Monday’s Shelby County Players rehearsal. Rader, playing Boris, and Lee, playing Horace, are two of the three brothers in “Puss in Boots,” which tells the story of a shoemaker who leaves a pair of boots to the third brother, played by Brady Diehl, in his inheritance. A cat, Puss, played by Anniston Evans, who is also inherited by Diehl’s character, Marcus, tries on the magical boots and they allow her to speak and walk on her hind legs, leading the brothers to want Marcus’ inheritance.

The Salvation Army will host a Community Thanksgiving from 11:30 a.m. to 1:30 p.m., according to a Facebook post.

“Thanks to generous community members and especially to Lesley Hanley Bate and Jana Hartwell Crisman,” the organization posted on Facebook.

December crafts at the Library

The Shelby County Public Library will host a couple of craft dates in December. These workshops fill up quickly. Make sure to RSVP at the library or online using the following forms. Both crafts will be led by Amber Hudson.

Snowman Rustic Ornament: Thurs., Dec. 9 at 2 p.m. and 6 p.m. It costs $6 and is payable at the event. To sign up visit https://www. myshelbylibrary.org/events/2021/snowman rusticornament.

Davis Building Group LLC, represented by Paul Carroll of Wooton Hoy LLC on Monday, received approval of a Planned Unit Development (PUD) Plan for the development of Stratford Place, a five-parcel site south of the Golden Bear Preschool by a 7-1 vote. Commission member Gary Nolley voted against the proposal.

Likewise, the Plan Commission voted 7-1 in favor of a petition for a preliminary plat approval for the subdivision, with Nolley voting against it.

The 13.8 acres includes two parcels currently within city limits and Davis Building Group has begun the process of annexing the additional three into the city, Carroll told the commission.

He went onto say he and Davis representatives have met with the school board multiple times to address safety and geese concerns.

Davis has provided written commitments to the board regarding the geese, including the addition of a fence on the north side of the pond and to the east and west; and at the suggestion of Superintendent Mary Harper, connecting the fence as far west as possible to Amos Road to provide additional safety at the preschool as well as obstruct geese traffic.

The company has also agreed to using a licensed wildlife mitigation expert with placement of certain warm season grasses around the pond.

The school board is expected to vote on approving a drainage easement at its Dec. 15 meeting, Carroll said.

“We’ve viewed all of the school board’s concerns as valid concerns,” he said. “I know more about geese and mitigation of geese than ever thought I would.”

The anticipated average price point at Stratford is around $240,000, he said.

The Board of Works approved an amendment Tuesday morning to a contract regarding the Meridian Park detention basin project.

The Meridian Park Detention Basin was paid for in part with grant money from the Office of Community and Rural Affairs (OCRA) and the original plan came in significantly under budget. So at the beginning of November, the board approved a change to the plan that would allow them to use more of the grant money the city received by adding an extra pond.

Board of Works holds hearing for Meridian Park project

The Board of Works held another public hearing for the Meridian Park drainage project Tuesday morning.

The city had a contract with the Southeast Indiana Regional Plan Commission (SIRPC) to execute the grant and environmental work. With the new second pond in the plan, SIRPC requested additional funding.

“They’ve been doing that grant and environmental work for us, so they’re asking for $3,000 extra to their $58,000 project,” City Engineer John Kuntz said.

The board also approved for the Lions Club to stand at the intersection of N. Harrison Street and Mechanic Street and ring the bells for the Salvation Army. This is something the board has allowed in the past.

The rest of the meeting consisted of announcements.

City Attorney Jenny Meltzer announced that the Redevelopment Commission would hold a public hearing at 6 p.m. Dec. 6 for the resolution establishing a Tax Increment Financing (TIF) District in the area of Tom Hession Drive.

The City Council initially approved a resolution establishing the area during its Nov. 3 meeting. This area includes POET.

The City Council approved a resolution that established a Tom Hession Drive economic area during its Monday evening meeting. It is the first step in creating a Tax Increment Financing (TIF) district around that area, according to Mayor Tom DeBaun.

The purpose of the TIF District is to reimburse what the city has spent on improving North Access Road and 300 North. It will also generate funds for additional road improvements in the TIF area as needed.

“He was up at the Governor’s Mansion, I read, the other day,” Finkel said. “Congratulations.”

Hastings spent the last 20 years as a Drug Abuse Resistance Education Officer, with the most recent five at Shelbyville Central Schools.