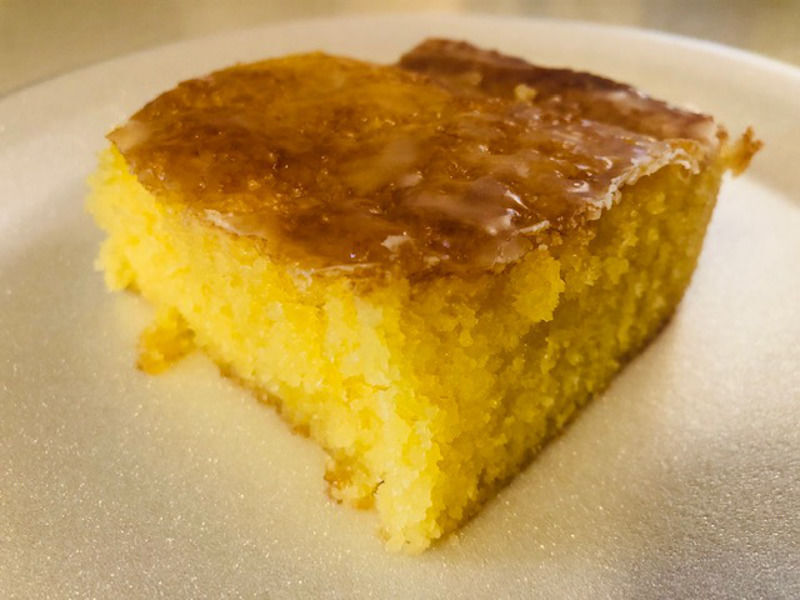 Most of you are familiar with poke cakes I am sure, but have you ever thought about using soda in one? Poke cakes are generally made by baking a cake, then poking the tops of the cake with either a fork or the top of a wooden spoon and then immediately pouring on either a flavored gelatin mixture or some type of chocolate, caramel or even a creamy fruit topping. I have a recipe on my website for a banana pudding poke cake that is basically a yellow cake that has been poked and filled with banana instant pudding. I refrigerate that and once the pudding becomes firm, I top the cake with bananas, whipped cream and vanilla wafers. It is delicious and was my Grandma Deloris’ favorite cake! I also make a turtle poke cake that is a chocolate cake with caramel drizzle, chocolate buttercream and pecans that is just as delicious. The banana pudding recipe came to me through some inspiration behind a Facebook post, but the turtle poke cake came to me by way of a friend of mine who was working on a collection of poke cake recipes that she later had published into a poke cake cookbook!

The recipe I am sharing today is one of my own creations and a version of it first appeared in my first cookbook, “Blaise the Baker Dessert First.” It was quickly voted as one of the favorites in the book by the people who bought the cookbook and tried the recipes. It is not like a traditional poke cake because there is no creamy filling or pudding involved. Instead, there is a glaze that soaks down into the cake, creating one of the most fabulous cakes a person could ever have! I know some people do not like using or hearing the word moist but that is exactly what this cake is. It is also different than the traditional poke cake because there is lemon lime soda in the cake and in the glaze both. Even though the cake is lemon flavored, and the lemon lime soda is in the cake and glaze both, oddly enough, the cake itself does not really taste that strong of lemon or lime. The cake is flavored more like an old-fashioned butter cake. It is really something to try and easily one of my favorite cakes. I hope will you try it and you will enjoy!

If desired, the top of this cake can be frosted with a thin layer of buttercream frosting.

Start by preheating your oven to 350 degrees F.

Make the cake by combining the lemon cake mix, large eggs, vegetable oil and lemon lime soda together in a large bowl using a wire whisk. Whisk together until smooth and combined.

Pour into the prepared baking pan and lightly tap the bottom against the counter to remove and unwanted air bubbles.

Bake, in preheated oven, for 30 minutes.

While the cake is baking, make the glaze by whisking together the melted unsalted butter, lemon lime soda, pure vanilla extract and powdered sugar until smooth and combined.

Once the cake has baked, remove from oven and poke the tops of the cake several times with the prongs of a fork. Do this evenly across the entire surface of the cake.

Pour on the glaze evenly and spread across the cake with the top of a spoon.

Blaise Doubman, of Kennard, is an Indiana University graduate. He invites readers to visit his website at: TRAIL BLAISE (http://trailblaise.com). He loves to hear from his readers and can be contacted via the contact page found directly on his website.

Mary Ellen and I have a standing argument – literally, a standing argument. She claims that the first thing I do when I enter a room is sit down. “That makes you seem old,” she said, “and I know you are concerned about not portraying that image.” Which surprised me, because I always thought …

A focus on Peace

We continue our discussion of Advent and the themes related to the four different Sundays. On this upcoming second Sunday of Advent, we focus on peace.

Americans need a better Constitution. Trying to create one would be a big mistake

Much like an only child of parents in a divorce proceeding, the U.S. Constitution has been clutched at by both sides of the ideological divide, each of which insists that its claim is the more legitimate and the other’s distorts reality. The right is certain the Constitution protects “religi…