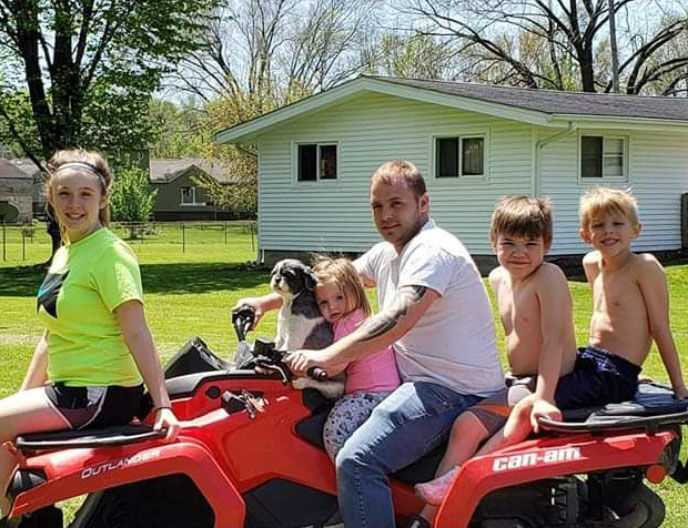 Jason Morris poses for a photo with his four children. There will be a Suicide Awareness Benefit called “Jason’s Journey” later this month after Morris died Aug. 30. 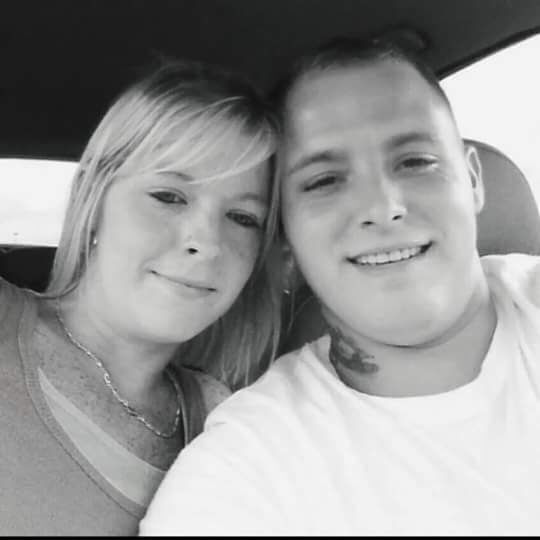 The Suicide Awareness Benefit called “Jason’s Journey” will take place Sept. 26, starting with a bike and vehicle ride at 12:45 p.m. Following the ride, food, entertainment and vendors will be available at 3 p.m. at Skyline Drive-In with speakers talking about Morris’ life. Door prizes and raffle items will also be available.

Jason Morris poses for a photo with his four children. There will be a Suicide Awareness Benefit called “Jason’s Journey” later this month after Morris died Aug. 30.

The Suicide Awareness Benefit called “Jason’s Journey” will take place Sept. 26, starting with a bike and vehicle ride at 12:45 p.m. Following the ride, food, entertainment and vendors will be available at 3 p.m. at Skyline Drive-In with speakers talking about Morris’ life. Door prizes and raffle items will also be available.

Jason Morris was down to earth and laid back, a “jack of all trades” kind of guy.

He loved fishing and spending time with his family, including his wife, Amanda, their children Mia and Nolan Morris and his step-children, Caleb and Allie Jackson.

He was a “big cut up,” a family man who could always brighten a bad day, according to Amanda and his aunt, Tonya Crump.

And he loved fireworks, so much so that he put on a 26-minute show on the Fourth of July at the Morris’ house.

“Baby J,” as Crump calls him, was in charge of shooting off fireworks at her daughter’s wedding.

“‘Baby J’ had fireworks that were just amazing,” she said. “Anybody that was there will remember him from that for many years.”

Now reeling from a devastating loss, the family is organizing a suicide awareness benefit called “Jason’s Journey” after Morris, 33, took his own life on Aug. 30.

“It’s OK to not be OK, and that’s what people need to know,” Crump said. “Jason could have reached out to any of us, and he didn’t. Usually I’m the one people come to from other families and I can talk them through things and give them words of encouragement, and I’m kind of at a loss with this one. So the only thing I can do is keep my head wrapped around this to keep some sanity here.”

With September being National Suicide Prevention Month, Crump and Amanda Morris decided to do something to raise awareness.

The benefit, scheduled for Sept. 26, includes a ride that starts in Shelbyville and goes through Greensburg and Rushville, both of which he had connections to.

Registration for the ride begins at 10 a.m. at 44 Flea Market, 1205 E. State Road 44 in Shelbyville. Bikes and other vehicles are allowed to participate. The cost is $20 per bike or vehicle and $5 for each additional rider.

Riders will return to Shelbyville and head to the Skyline Drive-In at 3 p.m., where there will be speakers, entertainment, vendors, door prizes and raffle items.

One of Morris’ co-workers, John McClintock, will speak at Skyline about “Baby J,” and Crump will be speaking about suicide awareness. A representative from the American Foundation of Suicide Prevention will possibly attend. And a health/life coach will be speaking as well.

Morris’ death has started a new life mission for Crump.

The plan is to make this an annual event, she said.

There will be plenty of food on hand at Skyline.

Crump’s daughter and her husband were going to have an end-of-summer cookout. Now, instead, that food, including steaks, chicken, brats, hot dogs and hamburgers, will be served at the “Jason’s Journey” event. There will also be children’s activities and raffle items donated by various businesses.

If pre-orders are made before this weekend, Crump and Amanda Morris will have them ready for the benefit. The shirts will remain available after Sept. 26.

“We want to turn devastation into something that’s going to be good,” Crump said.

Proceeds for “Jason’s Journey” will go toward burial expenses, but Crump and Amanda Morris are hoping to donate 10 percent to the foundation.

Jason and Amanda had a long history together – when they were teenagers, his dad dated her mom.

They were “childhood sweethearts,” but never dated as teenagers, Amanda said.

He bounced back and forth between Indiana and Kentucky growing up but came back about 13 years ago.

At one point, while attending a Certified Nursing Assistant class, she had an encounter with his then-girlfriend.

While attendance was being taken, the girlfriend heard Amanda’s name called and later during a break, approached her.

Taken aback, Amanda asked who her boyfriend was.

The girlfriend said it was Jason Morris.

It turned out, Jason told his girlfriend that if he ever had a chance to be with Amanda, he would take it.

“He told everybody he was with, ‘if I ever had a chance with her, that’s what we were going to do,’” Amanda said.

When he returned to Shelbyville for good, Jason showed up unexpectedly at Amanda’s home.

She had just gotten out of the shower when she found him sitting in her rocking chair wearing cowboy boots. The memory still makes her laugh.

“It took me a minute to figure out it was Jason,” she said.

Before working at Capital Industries, Jason worked at Forest Hill Cemetery in Shelbyville.

It was through his work that people in town knew him.

There’s someone to talk to

The toll-free number to the National Suicide Prevention Lifeline is 1-800-273–TALK (8255). That number will connect anyone struggling with suicidal thoughts to a certified crisis center near where the call is coming from, according to its website.

Crump hopes to make Jason’s Journey an annual event, one that will raise suicide awareness.

“Jason could have reached out to any of us,” she said. “He chose not to for some reason, but we want everybody to know that there’s always someone to talk to.”