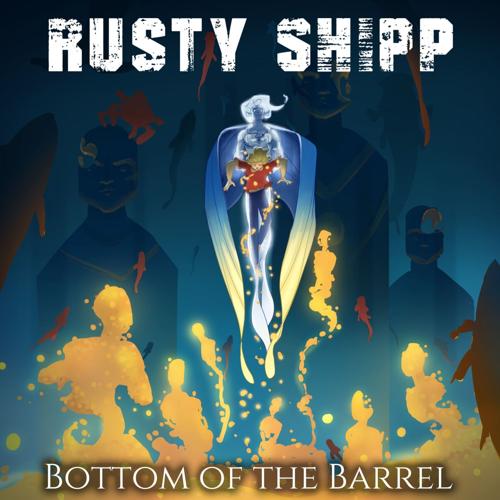 Nashville-based band Rusty Shipp’s latest single, “Bottom of the Barrel,” was released today. It is the first single off the band’s upcoming record, “Dark Side of the Ocean.” 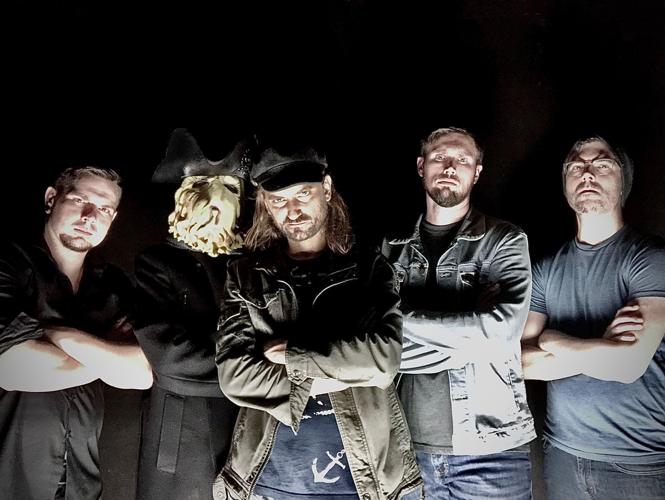 Rusty Shipp, featuring Waldron native A.J. Newton on drums (fourth from left), will be releasing additional singles later this year. Newton said he remains hopeful that the band will be able to book a show in Shelbyville in the future.

Nashville-based band Rusty Shipp’s latest single, “Bottom of the Barrel,” was released today. It is the first single off the band’s upcoming record, “Dark Side of the Ocean.”

Rusty Shipp, featuring Waldron native A.J. Newton on drums (fourth from left), will be releasing additional singles later this year. Newton said he remains hopeful that the band will be able to book a show in Shelbyville in the future.

It took several months for Nashville-based band Rusty Shipp to get the songs just right on its latest upcoming album, “Dark Side of the Ocean,” in 2021.

That’s not unusual – it takes time from recording each musician to getting the right mix on each song, time the band had due to the COVID-19 pandemic.

The band, which features drummer and Waldron native A.J. Newton, is ready to bear the fruits of its labor.

The first single, “Bottom of the Barrel,” was released today. It can be found on all streaming platforms including Apple Music, Amazon and Spotify and fans can find information on the band’s Facebook page and on its website, www.RustyShipp.com.

The latest song continues the nautical rock theme that the band has ventured into, Newton said last week in a phone interview.

The idea of the song is a swimmer sinks into the bottom of the ocean “where his body and spirit separate,” according to a press release. There, he is “surprised to be met with light from the ocean floor inhabitants’ bioluminescence.”

“It’s kind of a reminder that light and company exist even in the darkest parts of the world,” Newton said last week.

The band worked with Stephen Leiweke, a well-known producer in Nashville who produced the band’s previous award-winning album, “Liquid Exorcist.”

Newton was the first to be recorded in the studio before his bandmates joined him. It took about a month to record the raw recording tracks for each instrument and vocals. After finishing with the raw recording, the band started the mixing process, a process that took months.

Once everyone was pleased with the mixes, the album was sent off to be mastered, and once the masters were finished in the fall, the band immediately took inventory on what it had created, Newton said.

From there, Rusty Shipp selected which songs it wanted to release as singles, then went into a studio to shoot the music video of the first single selected.

“Bottom of the Barrel” is the first single to be released but more will be made available throughout the year. The band does not have a specific date set to release the full album but Newton said to expect it in late 2022.

The album includes 17 tracks and is another concept album that tells a cohesive story. It includes songs and interludes tying the concept together to tell the full story, Newton said.

“I couldn’t be prouder,” he said. “It’s a terrific record. As a musician, I can say we pushed ourselves more on this record than probably we have in the past. We didn’t sit in some level of comfort. In fact it turned out beyond our expectations. Rusty and myself, everybody is really happy with it.”

The band returned to live shows last August and Newton, who has in the past expressed a desire to come play in a Shelbyville venue, remains hopeful that they can make that happen.

When the pandemic arrived, the band launched Ghost Shipp, a subscription through patreon.com that gives fans access to various perks including a monthly virtual acoustic show and band hangouts.

“Things that would be fun to lighten peoples spirits,” Newton said. “Obviously the last couple years have been rough on people.”

He went onto say he is in the process of booking gigs in Nashville but some of the venues the band booked prior to the pandemic have since closed down.

Rusty Shipp won the Artist of the Year and Album of the Year awards in 2020 by the staff of JesusFreakHideout.com, a music website that promotes hundreds of artists, for its album “Liquid Exorcist.”

Did you just receive a beautiful hanging basket or plant for Mother’s Day? Or are you browsing for your geraniums, petunias, and verbena to liven up the empty flower pots on your patio? Maybe you are just starting out in gardening and wanted to start small with just a couple of flower pots. …

I see women in my neighborhood mowing their lawns. My wife doesn’t mow our lawn. I don’t think she will ever mow the lawn. Lawn mowing season is here and it just kinda drives me crazy trying to figure out why she won’t mow the lawn.

Produce fruits for the kingdom

Many times, spring makes us think of retirement. Schools let out for the summer, leading to time off for vacations, relaxation and idleness. As people head to the beaches, mountains and golf courses, they also look forward to that day when such down time will be permanent. Many people will s…