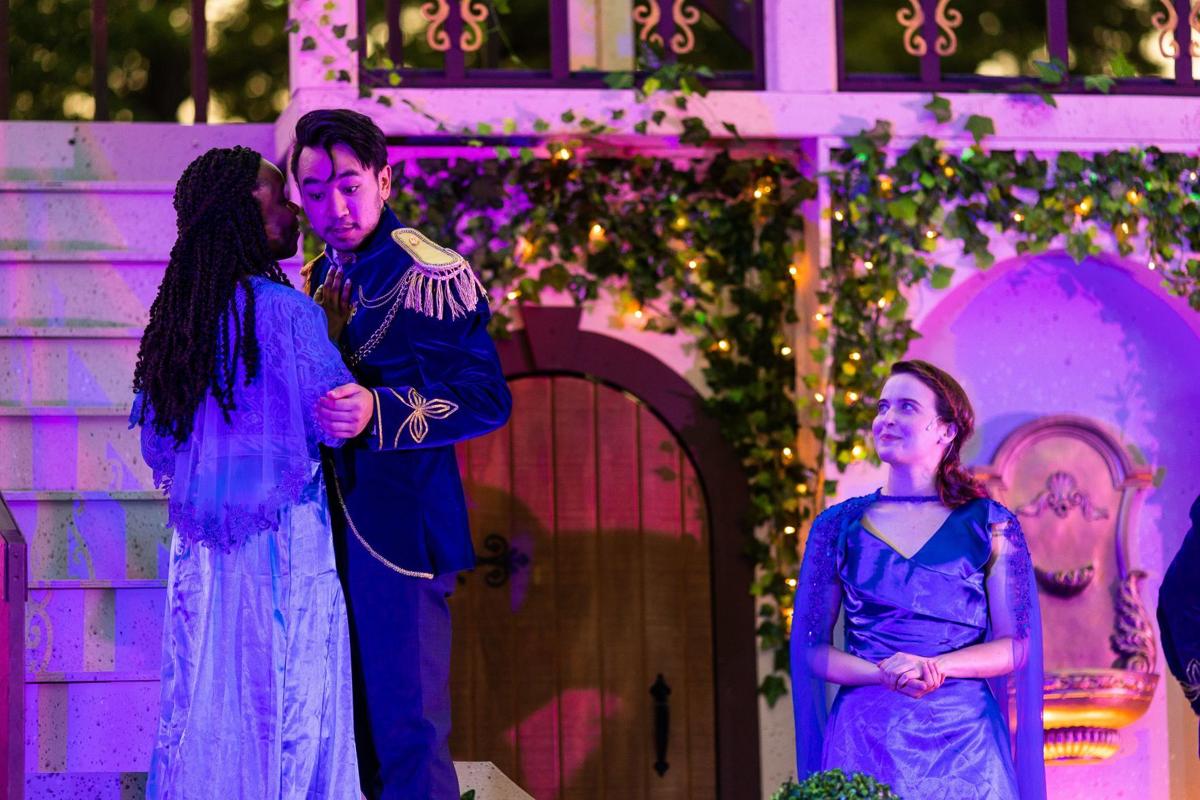 Debbie Aboaba, as Hero, speaks to Christopher Ho, as Claudio, while Margaret Clark, as Beatrice, watches. 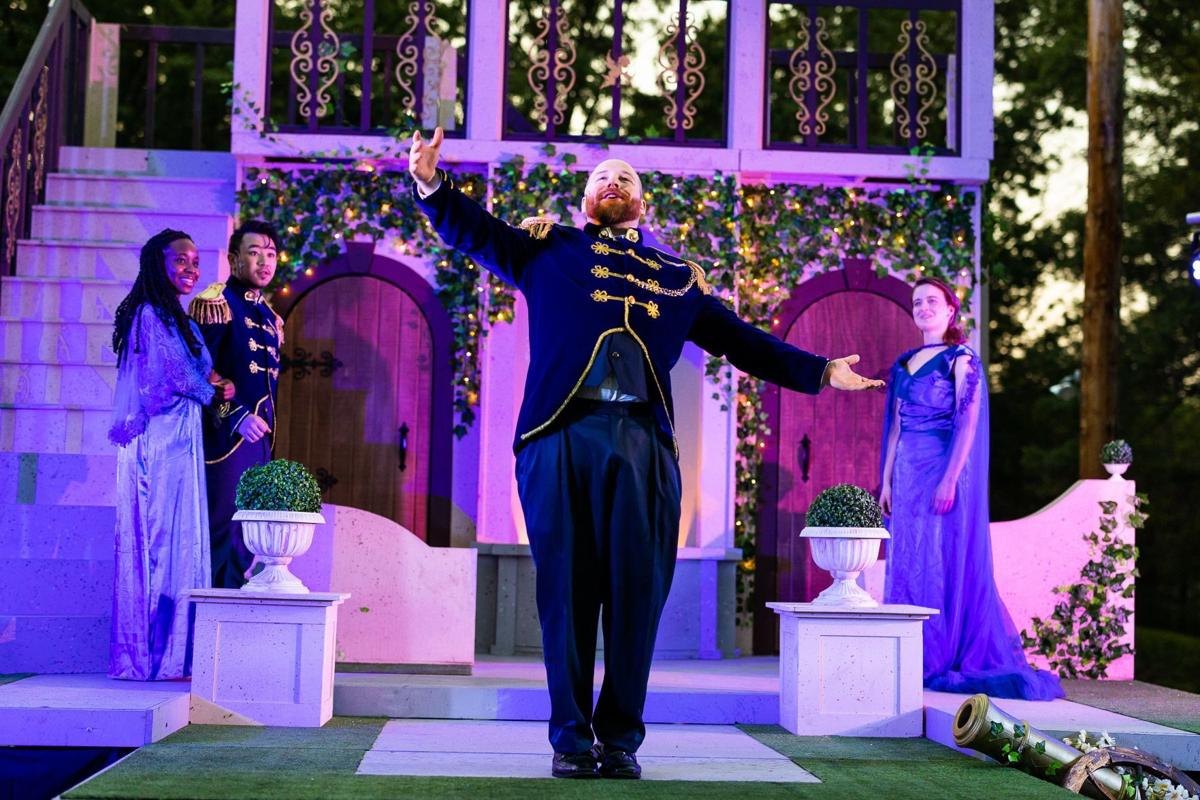 Spencer Parli Tew (center), as Don Pedro, performs in Much Ado About Nothing. The show will be performed at 8 p.m. Saturday at Blue River Memorial Park in Shelbyville.

Debbie Aboaba, as Hero, speaks to Christopher Ho, as Claudio, while Margaret Clark, as Beatrice, watches.

Spencer Parli Tew (center), as Don Pedro, performs in Much Ado About Nothing. The show will be performed at 8 p.m. Saturday at Blue River Memorial Park in Shelbyville.

In early 2020, Brown Box Theatre Project, a theatre production company based out of Boston, had shows booked starting in April and running through September.

That all changed with the COVID-19 pandemic.

In early March, Executive Artistic Director Kyler Taustin made the difficult decision to cancel the first performance of Shakespeare’s “Much Ado About Nothing” despite the fact the set was already being built.

The group pressed on, building a bubble that allowed work to continue, but by mid-June, the company announced it was canceling the entire tour.

“For the entire theatre industry, it was crippling,” Taustin said in a phone interview last week on the shutdown.

Last year was supposed to be the company’s 10th-year celebration, but with the cancelation of the tour, that celebration was postponed to this year.

And with live theatre returning, Brown Box Theatre Project decided to extend its reach beyond Massachusetts and Delmarva (Delaware, Maryland and Virginia).

So with a connection to Indiana through an employee, the company is performing eight shows in the Hoosier state, which started on Tuesday.

Shelbyville is the fourth of those stops.

The free performance, starring 10 actors, will start at 8 p.m. Saturday at Blue River Memorial Park, 725 Lee Blvd., in Shelbyville. Residents are encouraged to bring a chair or blanket and are allowed to bring food and drink.

“We are looking forward to going back to old communities and new ones with our expansion in Indiana,” Taustin said. “We feel folks are ready more than ever to be out amongst the community, to be outside, to be out at a cultural event like this. We’re expecting a great turnout. We’re excited to be part of the cultural fabric of the community in its reemergence.”

The company has expanded every year from its beginning in 2010, he said. The idea with expanding its reach into Indiana – with stops in Fishers, Monrovia, Anderson, Columbus, Richmond, Rushville and Planfield – is to make theatre more accessible to more communities.

Brown Box brings its own infrastructure to every site, including lights and sound.

The company looks for locations that have a community space such as a library or amphitheater, as well as partners from the community who they believe in to make the show possible.

Taustin reached out to 15-20 communities within a 300 mile radius and from there, selected the eight sites.

“This year was a big step in creating a third foothold,” he said. “Now we’re looking to create a foothold in the Midwest.”

The themes of “Much Ado About Nothing” – love, community, empathy and “the acknowledging that communities are not binary” – is “more relevant than ever,” he said.

Taustin has always been fascinated by the play because of the witty banter and physical comedy.

“Really it’s a play all about community and love and not everything being black and white,” he said.

The day before the performance, Brown Box Theatre Project actors will be leading an in-person workshop in Shelbyville.

The workshop will take place at 1 p.m. Friday at the Shelby County Public Library, 57 W. Broadway St. and is open to the public.

The Shelbyville Parks and Recreation Department Board moved to update the recreational impact fees this week.

As seen on TV?

Informercials are everywhere on television and the Internet these days, and you’ve probably seen hundreds of them. A common format is to have a host interview an “expert” about the benefits of the product. In one such informercial, an expert touting a product to improve sexual performance ma…

Point: Ben & Jerry’s is carrying on a proud tradition of boycotts for human rights

The Ben & Jerry’s boycott of the West Bank – it claimed that operating in this region is “inconsistent with our values” – isn’t just hurting certain people economically. It’s a dagger aimed at Israel.