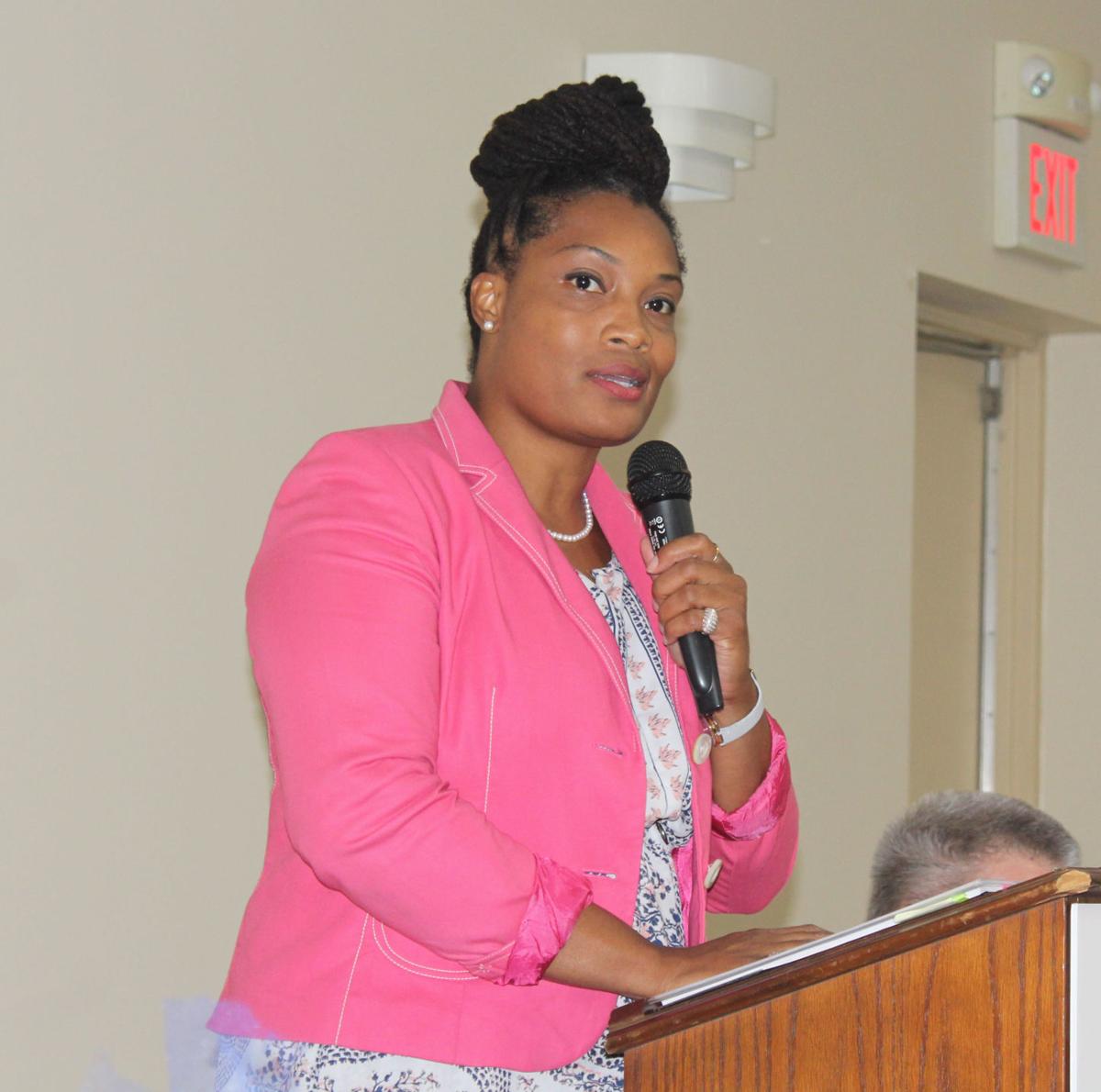 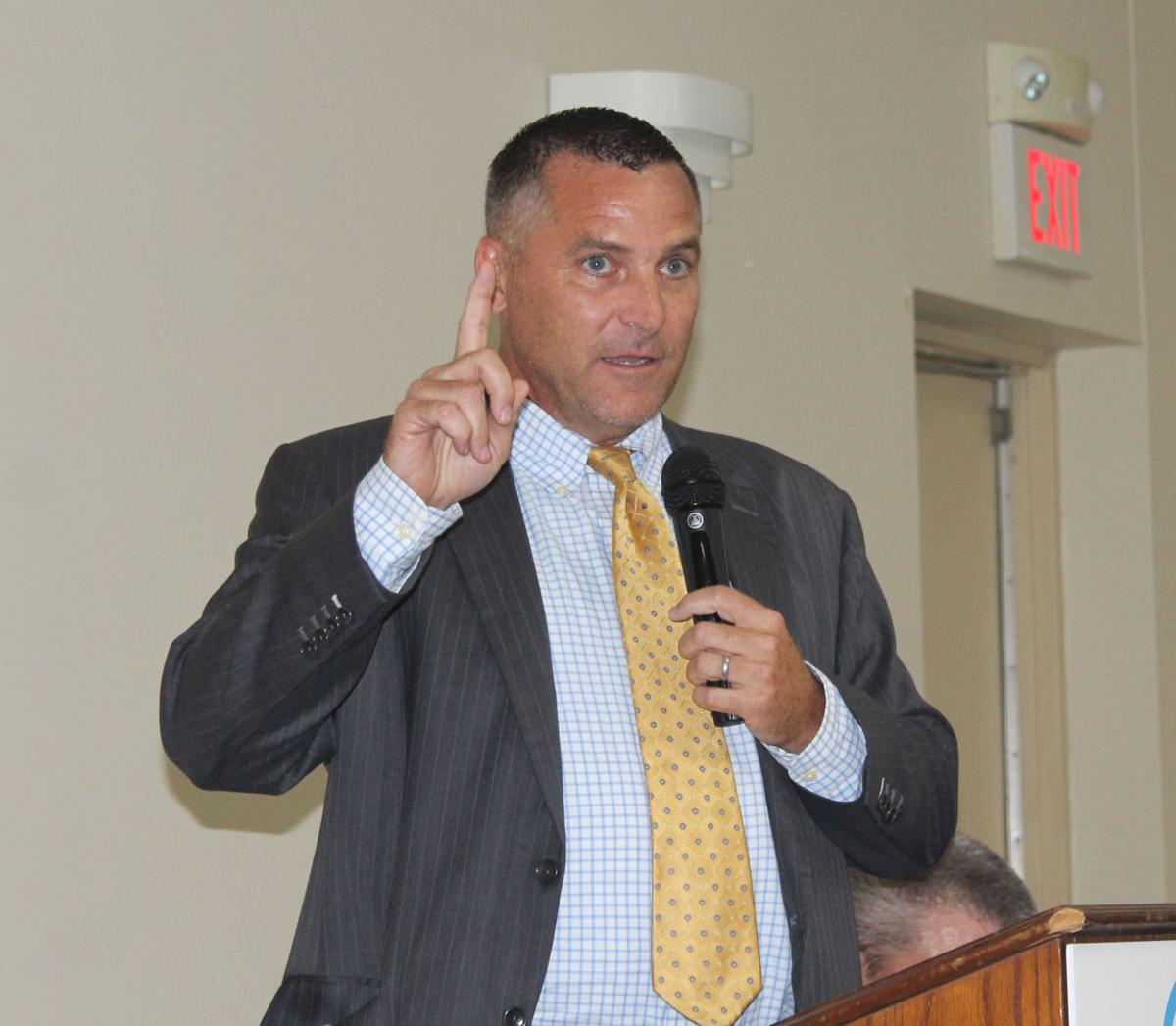 Two Democratic candidates for the United States Senate went on the offensive Tuesday against the incumbent Todd Young during the Democrat’s J/J Dinner.

Haneefah Khaaliq is an adjunct professor at Indiana University who operates a social service in which she provides legal and mental health services across the nation to clients in need. Tom McDermott currently serves as the mayor of Hammond, Ind. and is a veteran.

Both made their cases to Shelby County Democrats why they should be the next senator to represent Indiana.

Both also claimed that Young, who has served as an Indiana senator since 2017, has not held a town hall since winning that seat.

Khaaliq, who filed for her candidacy this year after starting her campaign in 2019, said that last month she held her 30th town hall.

“I realized that on a fundamental level, he was not fulfilling his duties as a United States senator,” she said during the dinner, which was the annual fundraising event for Shelby County Democrats. “He was not holding free and open town halls, which I think Hoosiers have been deprived of for far too long.”

Khaaliq went onto promise that if elected, she would host town halls.

McDermott said that as mayor, he holds a town hall in every district in Hammond every year. Once, following a flood that washed out 300 homes, he was scheduled to host one two days later.

He went ahead with the town hall.

“I faced the music. It was not fun,” he said. “I remember it to this day. There’s a certain amount of respect people give to you when they know you just got your butt kicked in front of 150 angry people. I haven’t seen that once from either of our U.S. Senators. Just because you’re a U.S. Senator doesn’t mean you’re not accountable to Hoosier voters. But Senator Young doesn’t think he’s accountable to us anymore.”

Young held at least three virtual town halls in April 2020 regarding the COVID-19 pandemic response. One tele-town hall that was hosted by AARP Indiana allowed residents to call in and ask a question.

Both candidates also brought up the amount of cash on hand Young has – $4.5 million.

Khaaliq said she was recently asked about how she would compete with that and admitted she could not.

“What I compete with is the fact that the gentleman, most of that money is probably coming from corporate entities, people who are outside of the state whose self-interest and will is contrary to that of Hoosiers and the average working American in this country,” she told the audience.

Likewise, McDermott said he did not want to raise that type of money because it has come “from lobbyists, corporations, people that don’t live in our state.”

“And I tell you, I don’t want to use the term ‘blood money,’ but he is bought and paid for by a number of different constituents and it’s not Hoosiers,” McDermott said. “That’s disturbing to me.”

According to opensecrets.org, a nonpartisan, independent and nonprofit organization that tracks money in United States’ politics and how it affects elections, Young has raised $7.3 million since 2017, with $4.5 million cash on hand as of June 30.

That amount includes $27,600 from Akin, Gump et al, a lobbying firm, according to opensecrets.org, that was hired by 265 clients last year. The numbers represented on the website indicate money that came from those organization’s PACs, individual members of that organization or employees or owners.