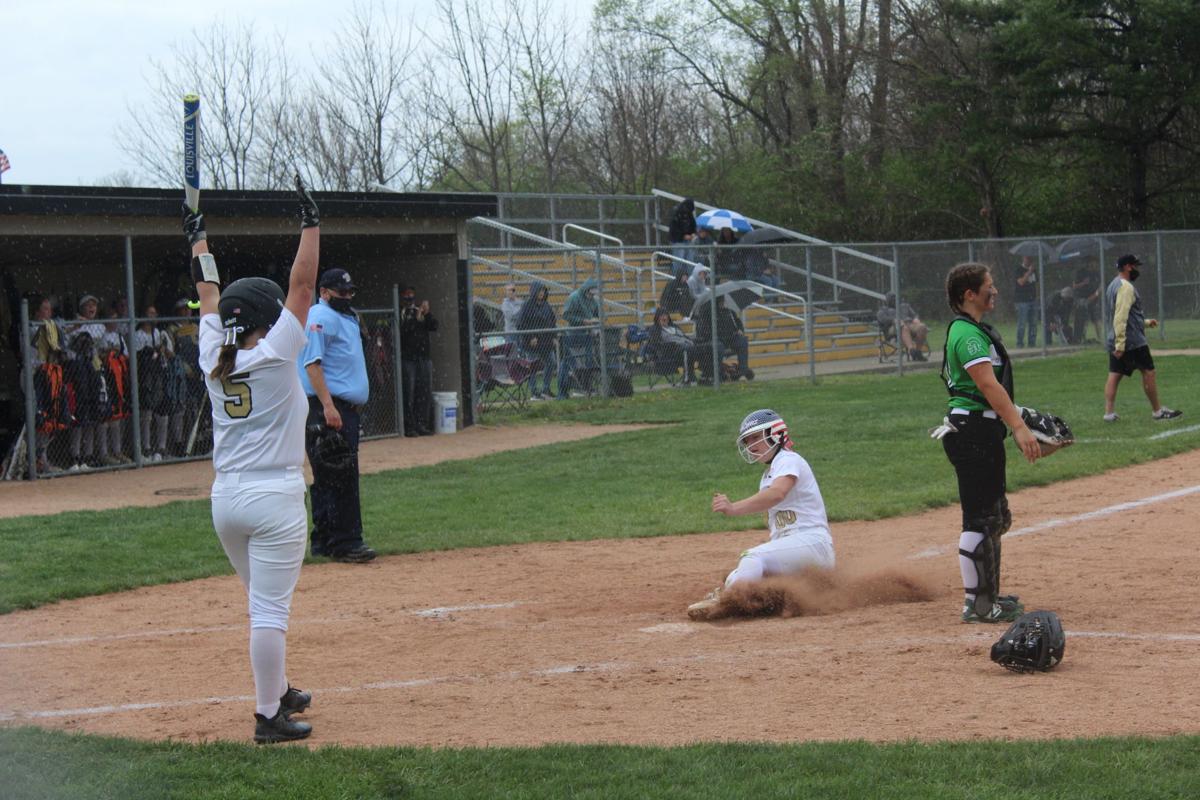 Hailey Pogue slides into home plate during an 18-3 win in the first game. The Golden Bears finished with 17 hits in the game. 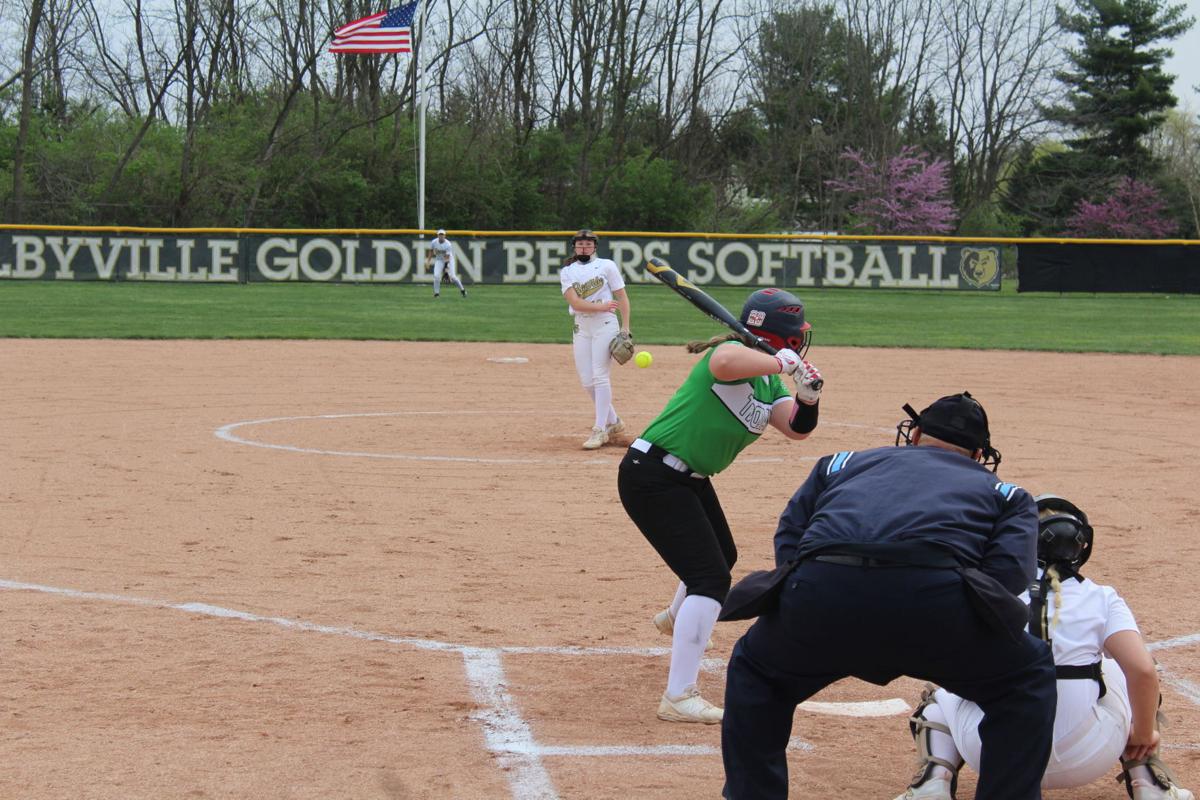 Cheyenne Eads delivers a pitch in the first inning of Shelbyville’s 18-3 win over New Castle. The freshman struck out seven in five innings while giving up five hits in the win.

Hailey Pogue slides into home plate during an 18-3 win in the first game. The Golden Bears finished with 17 hits in the game.

Cheyenne Eads delivers a pitch in the first inning of Shelbyville’s 18-3 win over New Castle. The freshman struck out seven in five innings while giving up five hits in the win.

Saturday pitchers beware: It would be wise to pitch around Karissa Hamilton.

For the second Saturday in a row, Hamilton finished her Saturday afternoon with four home runs, including three in one game, as the Shelbyville softball team beat Hoosier Heritage Conference rival New Castle, 18-3, in the first game, and 12-5 in the second.

The junior finished with six hits and nine runs batted in for the doubleheader as the Golden Bears rolled past the Trojans.

Her nine home runs through the first seven games leads the state, according to MaxPreps and coach Mark Hensley predicted she will have the school record for career record in one season.

“It’s pretty remarkable what she’s doing,” he said. “That’s two pretty good Saturday’s. She’s got as much power of anybody as I’ve ever seen.”

Tied at one in the first game, the Golden Bears showed off their offensive firepower in the second inning.

Shelbyville put up seven runs, including Hamilton’s first homer of the day and another homer by senior Madison Campton. The Golden Bears opened the inning with four straight hits, scoring on a double to left field by junior Kyra Rollo, a triple to left-center field by freshman Cheyenne Eads and a single right-center field by sophomore Kylee Edwards.

Shelbyville plated another 10 runs in the fourth, with Hamilton hitting her other two homers in the game. On her final home run, senior Katie Mathies followed that with a homer, making it 18-2.

The team bounced back after a loss to Columbus North with a big 7-4 win over East Central on Friday.

A couple of players on the team had been struggling and Friday’s win helped get them rolling, Hensley said after the doubleheader.

“Today, we kinda carried that through from last night,” he sid. “I guess it’s a little easier when you play 12 hours later.”

Both teams dealt with tough playing conditions, with occasional showers in the first game and rain for most of the second.

Hensley admitted sophomore Hailey Pogue, who started the second game, had some difficulties, but so did New Castle’s Katie Cooper.

“All of a sudden our pitchers were having to groove it up there because they were struggling,” he said. “I’m really surprised we were able to get that second game in with the storm setting in. Probably got fortunate to get an actual game in and get it to count.

“As far as the conditions, that’s about what you can expect,” he continued. “You’re going to miss a few balls here and there and when it’s wet like this, pitchers are going to struggle. They would have played the sectional in this so I guess we might as well get used to it.”

Shelbyville pounded out 17 hits in the first game and had another 12 in the second.

Nearly everyone on the team had at least one hit on the day, something Hensley was pleased to see.

Mathies finished with six hits in the doubleheader and Edwards had four.

Hensley was also pleased to see Eads’ performance in the circle after a tough outing against Columbus North. The freshman gave up three runs on five hits, striking out seven, in five innings in the first game.

“This was a nice confidence booster for her,” he said. “I know New Castle’s record’s not very good, but that is not a bad team. They’ll win some games. They’ll figure it out and get going because their first five hitters are really good. I think they’ll figure some things out but just kind of ran into a buzz saw today with us.”

When Ann Jarvis died on May 9, 1905, her daughter, Anna Reeves Jarvis, began a campaign to honor her mother as a way of celebrating all moms as a group.

Eye on the Pie: What they don’t tell us

Want to end the pandemic? Pay people to get vaccinated

When I received my first dose of Pfizer’s COVID-19 vaccine last December, nobody paid me to roll up my sleeve. Yet, as vaccination efforts approach an expected tipping point, at which the amount of available vaccine exceeds the number of willing recipients, with the rate of vaccination far b…