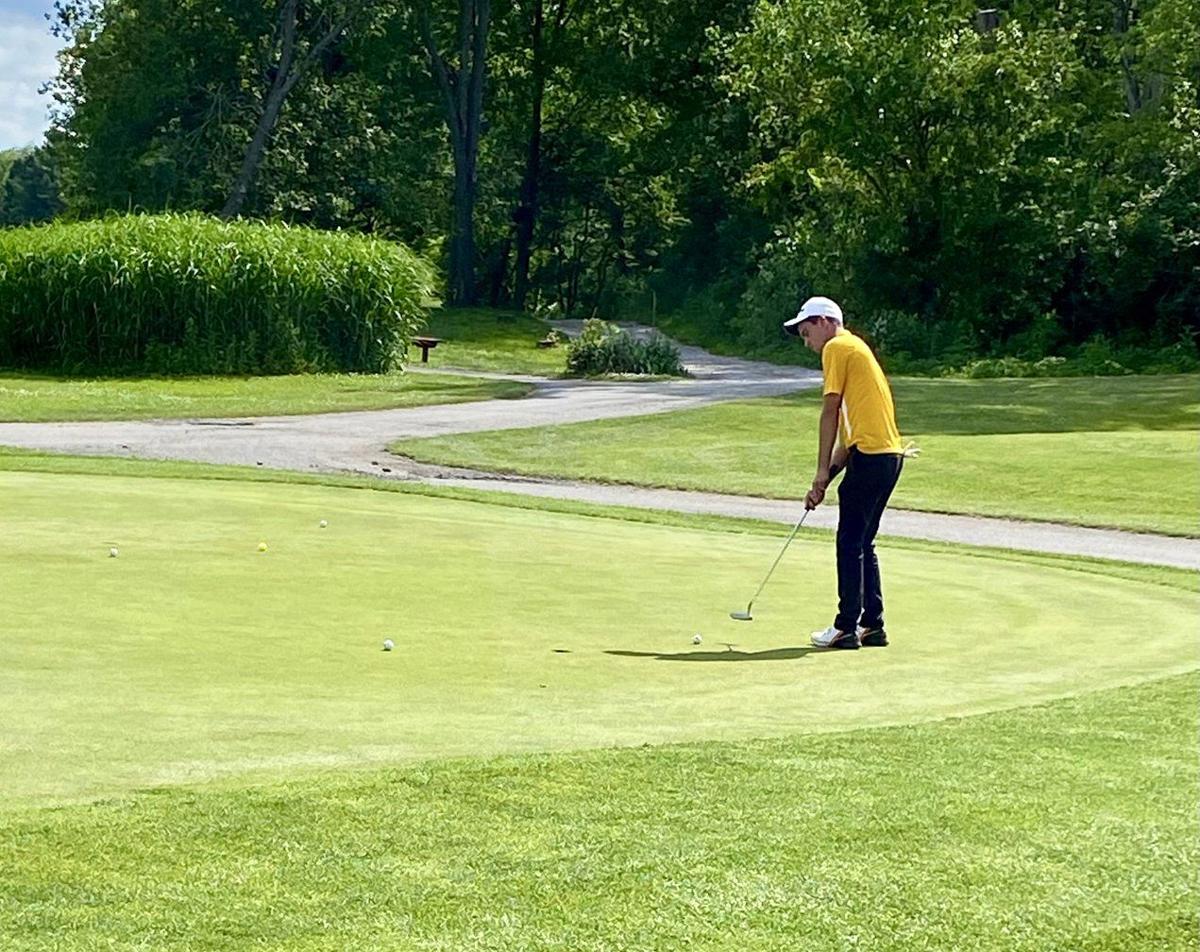 Morristown’s Asher Caldwell practices his putting. Caldwell shot a 91 at the Muncie Central Regional on Thursday at The Players Club. 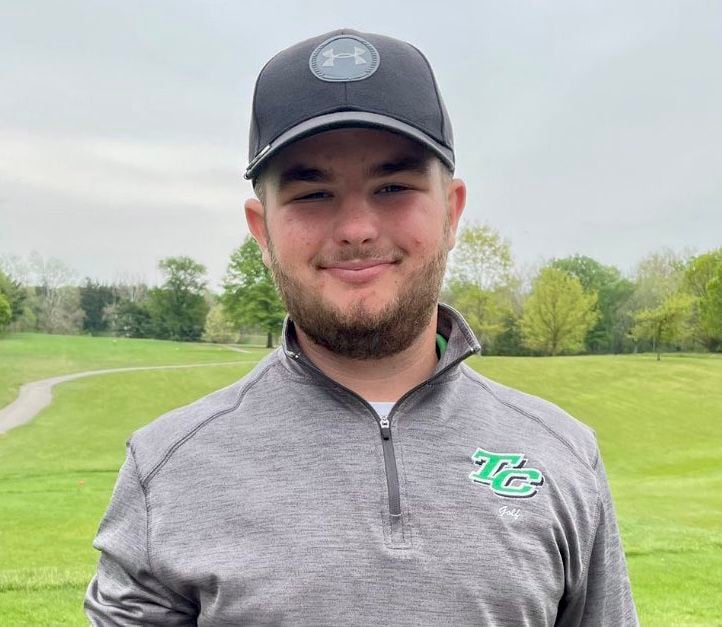 YORKTOWN — Despite failing to make the IHSAA Golf State Finals, it is safe to say Asher Caldwell and Oliver Gearlds have bright futures ahead of them.

Morristown’s Caldwell and Triton Central’s Gearlds competed in the Muncie Central Regional on Thursday at The Players Club. They failed to advance past the regional, ending successful seasons for both players.

Caldwell, a junior, finished the day with a 91 after shooting an 81 at the sectional on Monday. He shot a 48-43 at the regional, finishing with five pars.

Caldwell advanced to the regional after winning a playoff at the sectional. Earlier in the season, he finished second overall at the Mid-Hoosier Conference and Shelby County meets.

“As I watched him play the last two days (practice and regional), I realized how much he has improved since the start of the season and, more importantly, just how much potential he really has as a golfer,” said Morristown coach Tom Workman. “This experience will be the spring board that motivates Asher as he prepares for his senior year. Easy to say, I am already looking forward to next year.”

Gearlds had an impressive first season of varsity golf (no freshman season with COVID-19). He won Indiana Crossroads Conference, Shelby County and Hauser Invitational titles as an individual. Gearlds also broke TC’s 18-hole school record, carding a 73 at the Hauser Invite. He will spend his offseason playing in summer tours, according to his father Chris Gearlds.

Cathedra’s Ryan Ford and Bellmont’s Winston Brown both shot a 68 Thursday at the regional. Hamilton Southeastern (296), Cathedral (301) and Fishers (313) were the top three teams.