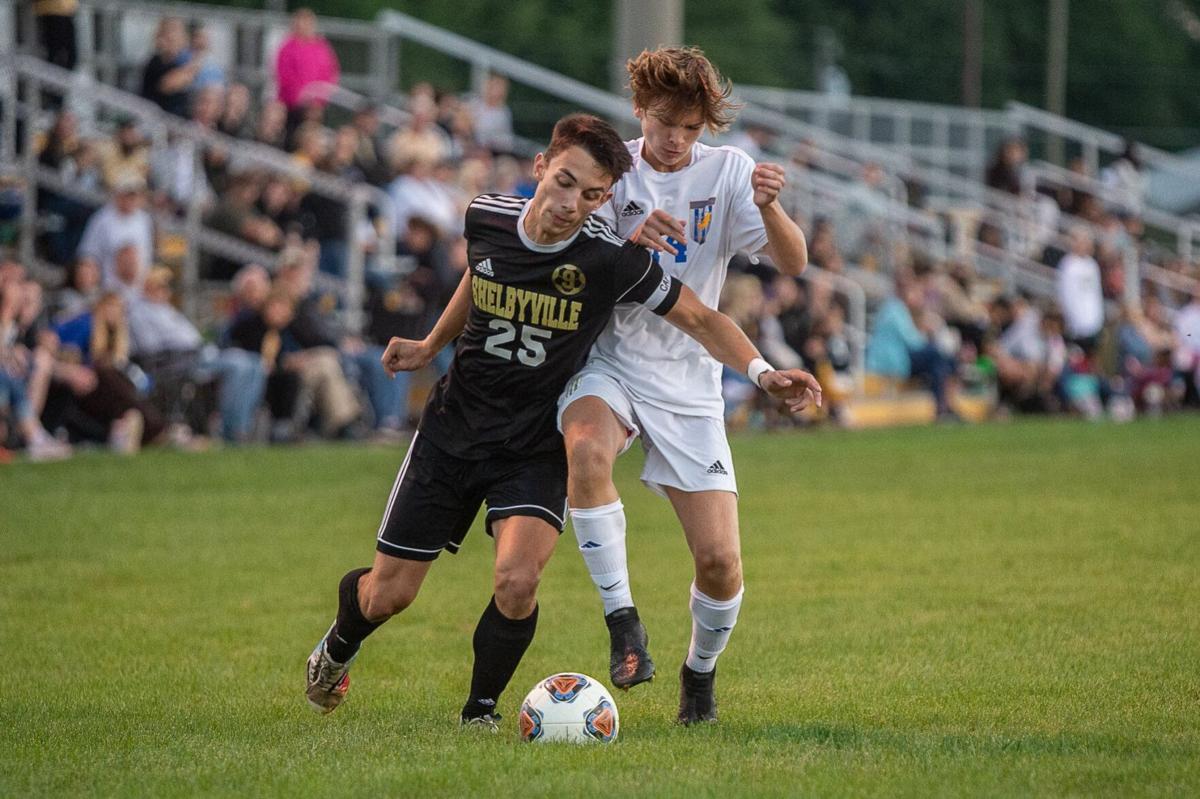 Shelbyville senior Sam Price fights for possession of the ball during a game against Greenfield-Central. 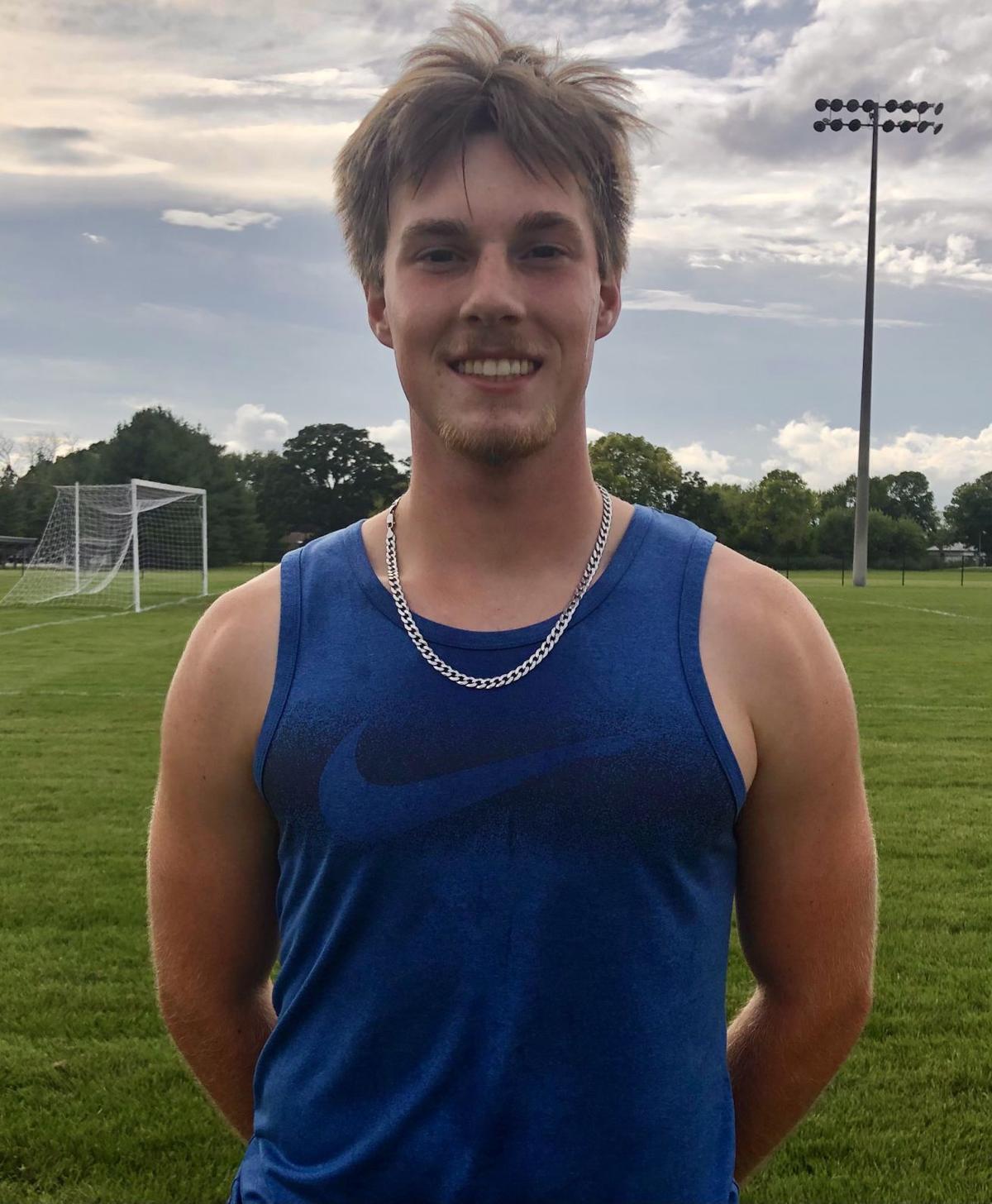 SHS senior Brayden Basey has been a defensive leader for the Golden Bears this season.

Shelbyville senior Sam Price fights for possession of the ball during a game against Greenfield-Central.

SHS senior Brayden Basey has been a defensive leader for the Golden Bears this season.

It is becoming more rare to see a coach stick with a program for more than a handful of seasons. For various reasons, coaches come and go.

Shelbyville has been fortunate to have consistency with head coach Ben Purvis, who has a deep passion for Golden Bear soccer. A former player at Shelbyville, Purvis knows what it takes to build a strong culture. He has been doing so the last eight years with the Golden Bears.

Soccer continues to be one of the most popular sports at Shelbyville. The Golden Bears currently have 38 players in the program this season, which is nearly as many as the football team.

“I think a big part of it is just the family dynamic of our team and our culture,” said Purvis, who is one of the longest (current) tenured coaches at Shelbyville. “No matter who steps in and leaves, everyone feels a part of something bigger when they are here.

“When I played (2005 SHS graduate), the seniors who embraced me as a freshman really set the tone for what the family was going to be. As they left and I grew into a senior as a player, I wanted to show the same type of support that I was shown. It is nice to see when kids leave, they want to come back. They want to give back as much as possible. That has built a culture of consistency.”

That type of atmosphere surrounding a program breeds success. Ask any coach around the Hoosier Heritage Conference about the Golden Bears. They will tell you that Shelbyville – more often than not – is tough to beat.

Even during a season when numbers have been up and down with COVID-19, the Golden Bears (7-6, 2-3 HHC) are finding ways to compete. Shelbyville, which was missing 17 players at one point, was in the mix for a repeat conference title before falling to Greenfield-Central, 3-1, on Monday.

Last season, Shelbyville won the HHC championship with a 6-1 record. It was the first conference title for the program since 2009.

The growth of club soccer has also helped Shelbyville’s success as players are able to compete at a high level during the offseason. There are several options to play club ball in the areas surrounding Shelbyville, Purvis said.

“What has grown is the commitment level of the kids who are playing,” Purvis said. “When I first started (2014), we would have three or four guys who would play high-level club soccer. Now, I have a varsity team with just about everybody playing club soccer. That has really made a huge difference for us.”

Senior captain Brayden Basey, who helped the Golden Bears win their own invitational earlier this season, also mentioned the word “family” when referring to the soccer program. The SHS senior class did not lose a game during the Shelbyville Invitational the last four seasons.

“We know we are a family,” Basey said. “We put in the work every year and support each other.”

Basey, a three-year varsity starter, has again been a key defensive player for SHS. He said becoming more “vocal” was his goal prior to the season.

Basey remembers being a freshman and seeing the culture of the program for the first time. He has done his best to keep it moving in the right direction.

“The seniors my freshman year, they were very aggressive,” said Basey, who is also a standout baseball player. “It set the tone that they were there to win. That is still here, but it is still developing this year.”

Now, with the season winding down, Shelbyville is looking to regain momentum ahead of the postseason.

“We did extremely well after we got over a little hump at the beginning of the season,” Purvis said. “We were on a really nice roll before missing about 17 players, most of them being varsity players. Now, how do we best find that momentum and chemistry that we had when we were rolling on a five-game winning streak?

“Our loss Monday I think took us out of contention to repeat as (HHC) champions, but that doesn’t mean we can’t be successful in our sectional this year. They need to believe in themselves.”