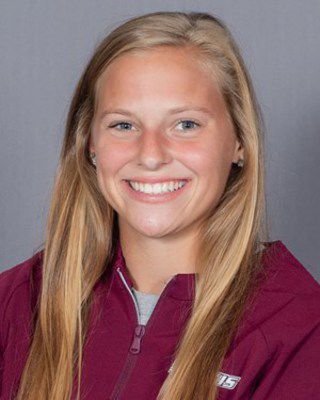 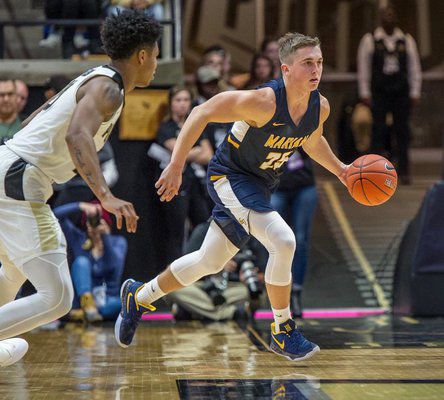 Pole vaulter Erin Diemer was one of seven Southern Illinois athletes to post top-five finishes in the Jim Green Track and Field Invitational held Friday and Saturday at the University of Kentucky's Nutter Fieldhouse in Lexington, Ky.

"It was nice to see the group away from home and on the road," Director of Track and Field/Cross Country Rosalind Joseph said. "It was important to see how they handled themselves and, more importantly, how they could compete on the road. We definitely have some things that we need to work on, but that's exactly why we're here. We had some great individual efforts and I know that this group is going to come back to campus and will push to continue to get better."

Here is a look at other Shelby County graduates competing at the collegiate level:

The Marian men's basketball team withstood a second half run from Goshen and prevailed with a 92-81 victory Saturday on John Grimes Court in Indianapolis. Marian is 13-4 overall and 4-2 in the Crossroads League with the win.

Langkabel, a Morristown graduate, had 15 points, two rebounds, two steals and one assist for Marian.

On Jan. 7, Marian battled back from an early deficit, but came up short in the final seconds, falling 67-65 at No. 15 Spring Arbor in Spring Arbor, Michigan.

Langkabel had 12 points and four rebounds in the loss.

The Franklin women's basketball team closed out a five-game road trip in impressive fashion, picking up a 68-62 win over the Anderson Ravens Saturday for their second road conference win of the year.

The Grizzlies (8-4, 4-2 HCAC) used a big third quarter to open up a sizeable lead on the Ravens (5-8, 1-5 HCAC) and roll to victory. Ratliff, a Triton Central graduate, had two points, three assists and one steal for Franklin.

On Jan. 8, Transylvania defeated the Grizzlies, 84-50. Ratliff finished with three points and two rebounds in the loss.

The Franklin swimming and diving teams resumed competition on Friday and Saturday, taking part in the Colonel Classic on the campus of Centre College.

Franklin College finished with 616 points in the two-day event to win the competition, besting Centre (531) and Asbury (457).

The No. 24 Indiana University South Bend women's basketball team rolled past No. 20 Olivet Nazarene Saturday, 80-58, avenging its loss to "Tigerball" that occurred back on Nov. 16, 2019. With the victory, the Titans move to 18-1 overall, including 10-1 in league play.

IU South Bend led wire-to-wire in Saturday's top-25 showdown in Bourbonnais, Ill. as the Titans began the game on an 8-0 run, moving their record on the road to a perfect 9-0 and a 2-1 record over ranked opponents this season.

Raymer, a Triton Central graduate, played 18 minutes for the victorious Titans and finished with six points, five rebounds and one steal.

The Earlham College women's basketball team snapped an 8-game losing streak with a 51-36 win over Rose-Hulman on Jan. 8.

Poole, a Morristown graduate, finished with three points, four rebounds, one assist and one steal for Earlham.

The Morristown graduate finished with four points and three rebounds for Marian's women's basketball team in a 76-48 win at Spring Arbor on Jan. 8.

Marian improved to 16-2 overall Saturday with a 69-57 win over Goshen College.

Meredith, a Southwestern graduate, placed third in the triple jump with a distance of 40-4.75. He also finished eighth in the long jump (18-10).