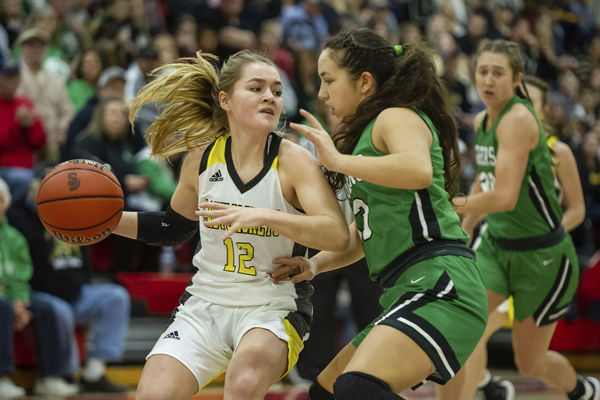 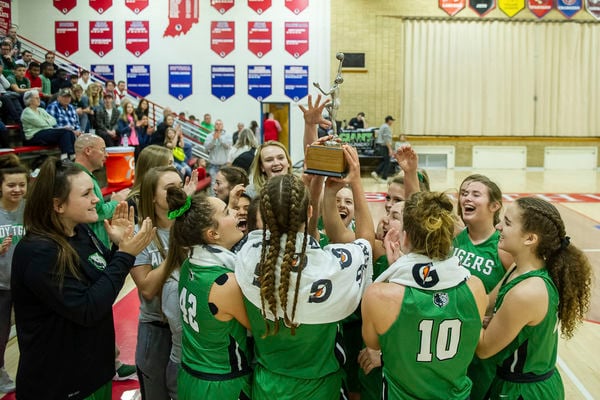 Triton Central is going to get every team's best shot. As the No. 1 program in Class 2A, the Tigers undoubtedly have a target on their backs each time they take the court. That statement is especially true during the Shelby County Tournament.

That was the story on Thursday and Saturday at Southwestern. Waldron and Morristown would not let Triton Central walk away with easy wins.

After trailing at the end of the first quarter for the first time all season Thursday against Waldron, Triton Central, playing without junior forward Tenleigh Phelps, ran into another spirited county team on Saturday during the championship contest. Morristown, which beat Southwestern in overtime to advance, gave TC all it had before the Tigers were eventually able to pull away in a 55-32 win.

"The competitiveness between all the county schools come (Shelby County) tournament time is great," said Triton Central head coach Bryan Graham. "You don't care about rankings or records. People play as hard as they can, just like (Saturday) against Morristown. It was great to get to play a game with them. They have a lot of talented players.

"But I am proud of my girls. We had to make some adjustments with a corner piece of our offense and defense out in Teneligh Phelps (turned ankle on Thursday)."

Senior guard Maya Chandler, who was named Most Valuable Player after the tournament, finished Saturday's win with 19 points after scoring 26 points against Waldron on Thursday.

Also for Triton Central (17-0), senior forward Rylie Stephens added 17 points and seven rebounds in the win Saturday. Chandler, Stephens and junior point guard Taylor Heath, who is the engine that runs the Triton Central offense, were named to the all-tournament team after the game.

"Maya is very good with the ball in the open court," Graham said of the Loyola Chicago signee. "Concerning our girls and the MVP, congratulations to Maya. You can give it to so many girls on our team. It has to be a hard decision. Last year, Rylie got it. This year it was Maya. You can't go wrong either way."

Morristown trailed 32-20 with five minutes to play in the third quarter before being outscored 23-12 the rest of the way. The Tigers led 17-14 after the first quarter as Chandler drilled a 3-pointer with a few seconds left on the clock to give her team a slight advantage. The Yellow Jackets would continue to work the ball around on offense, however, and went into the break down 32-18.

Chandler had 17 points in the first half, while senior forward Maecy Coates scored eight points for MT. Yellow Jackets' freshman guard Raegan Kleine scored six points in the first quarter and was impressive with her drives to the hoop against a tough defender in Chandler.

It was exactly the start Morristown was looking for against the top-ranked Tigers. Sticking with the team for four quarters, though, is a real challenge.

"Tonight we attacked, that is what we wanted to do," said Morristown head coach Rachel Kleine. "We felt like if we could attack early, we could relieve some of the pressure up top (on our guards). We did a great job of that. We were dishing the ball and finding Maecy. And she was scoring some buckets.

"The kids are really buying in and executing lately. We are just trying to play to our strengths right now."

Coates finished with a team-high 13 points and five rebounds in the loss. Raegan Kleine and junior Emma Theobald both scored seven points. Coates and Theobald were named to the all-tournament team.