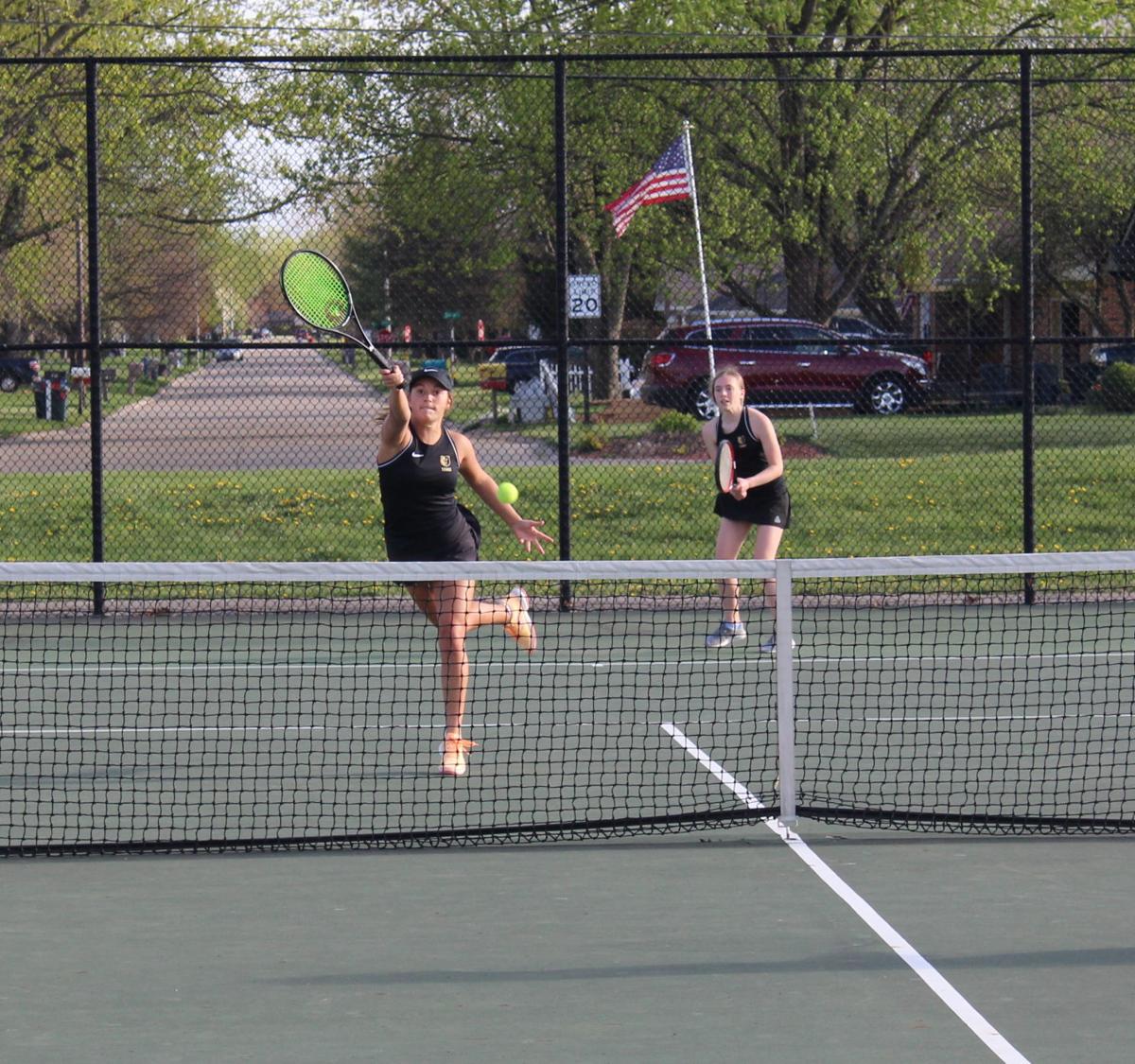 Emma Sandman fires a shot back over the net during Shelbyville’s 4-1 win over Columbus East. Sandman and Renee Aldridge teamed up to win the No. 1 doubles contest, 6-4, 6-2. 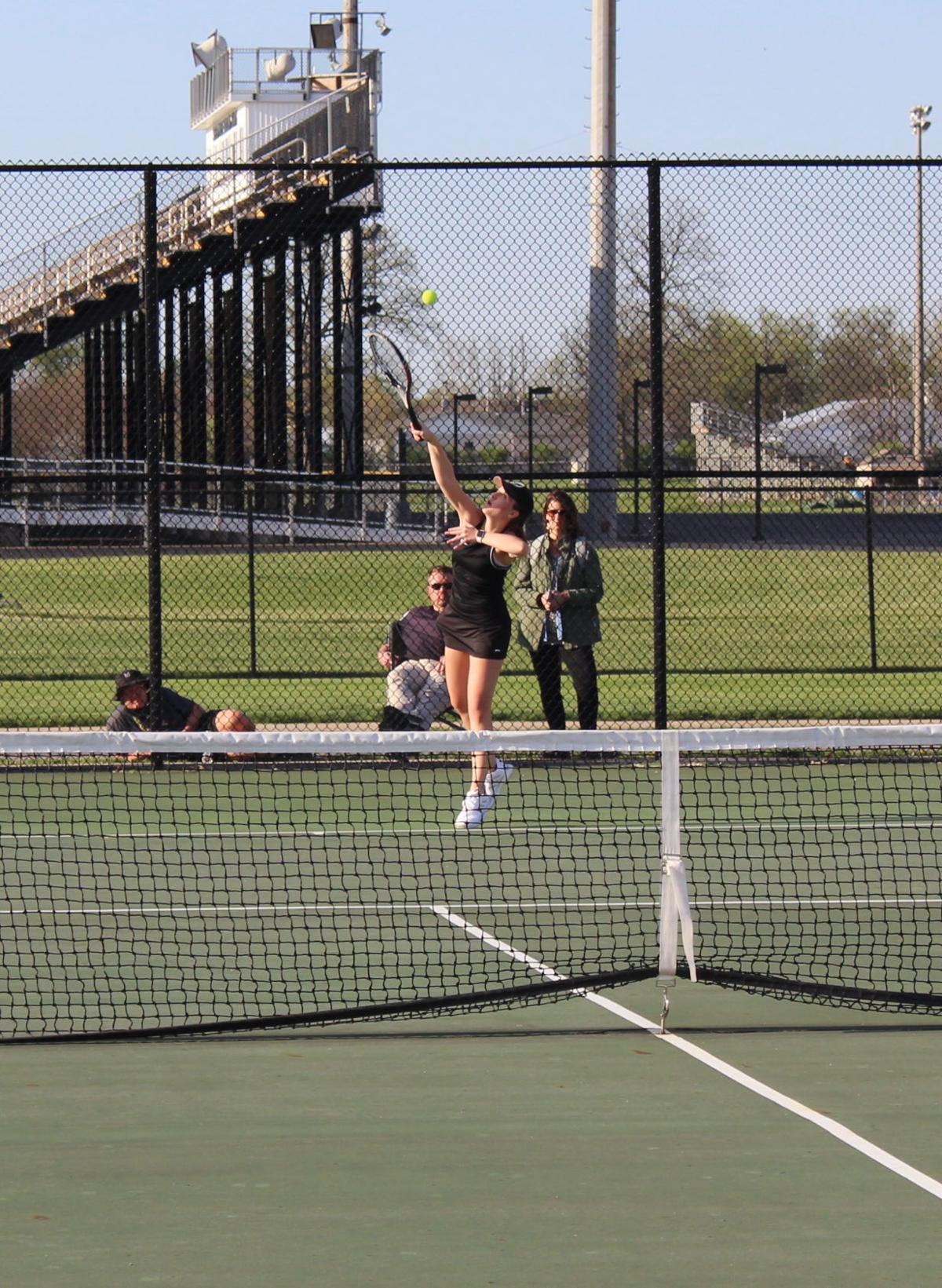 Emma Sandman fires a shot back over the net during Shelbyville’s 4-1 win over Columbus East. Sandman and Renee Aldridge teamed up to win the No. 1 doubles contest, 6-4, 6-2.

Following a tough outing the previous night at Triton Central, the Shelbyville girls’ tennis team responded with an impressive win over Columbus East.

The Golden Bears beat the Olympians, 4-1, winning both doubles contest and two of three singles.

Shelbyville entered the season with some experience returning, but having missed 2020 because of the season being canceled due to the pandemic, the sophomores are essentially freshmen on the court, she said.

“Some girls just play during the spring so they took the whole year off,” she said.

“She did a really good job,” Comstock said. “For her to come out that second set, kick it in gear, for her to finish strong was good.”

The No. 1 doubles team of Emma Sandman and Renee Aldridge beat Cassidy Schur and Shruthika Kumar 6-4, 6-2. And the No. 2 doubles team of Karlie Lawson and Riley Lee put an exclamation mark on the evening, holding onto the first set 6-4 before picking up an emphatic 6-2 win in the second over Monica Burton and Kaley Rieckers 7-5, 6-7 (7-2), 6-3.

“We’ve been telling Gabby, ‘you play the best player on the team every night,’’ Comstock said. (Nomura) was very tough.”

Shelbyville travels to Mt. Vernon (Fortville) for a 5 p.m. contest today. Following a match at Waldron on Monday, the Golden Bears will be back at home at 5:30 p.m. Tuesday against Seymour.

May The Fourth Be With You

It’s my favorite day of the year.

A new benefit to help families of COVID victims

More than 12,900 Hoosiers have died from COVID-19 since the pandemic began. The deaths take a toll on the emotions of their families, but also on their finances. Funerals are expensive, totaling thousands of dollars.

“At the very moment our adversaries were certain we would pull apart and fail, we came together. United,” he added. “With light and hope, we summoned new strength and new resolve.” – Joe Biden address to Congress, April 28, 2021