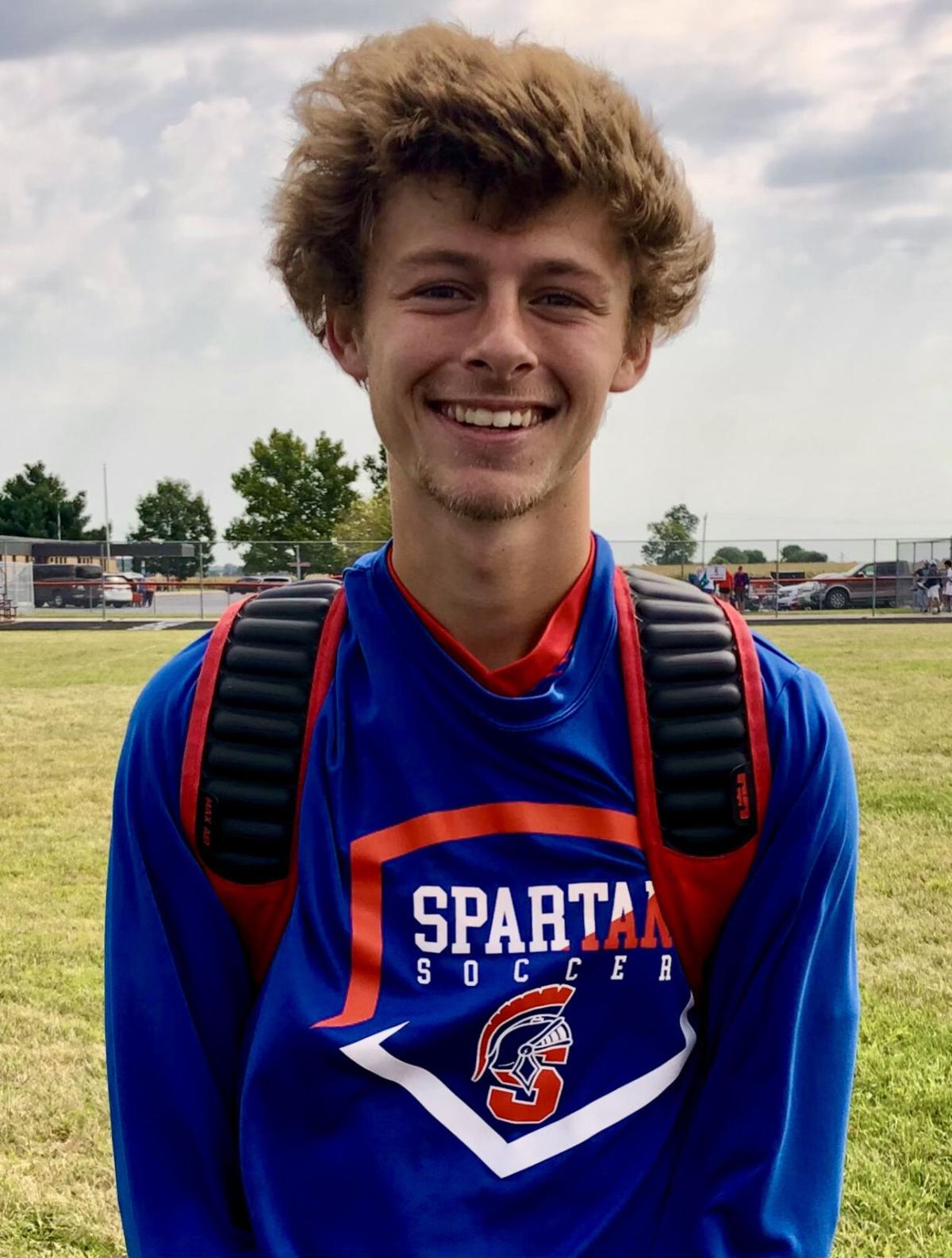 Aiden Hartsell is on pace to set a single-season record for goals at Southwestern. He already has the record at 35 and has scored 31 in eight games this season. 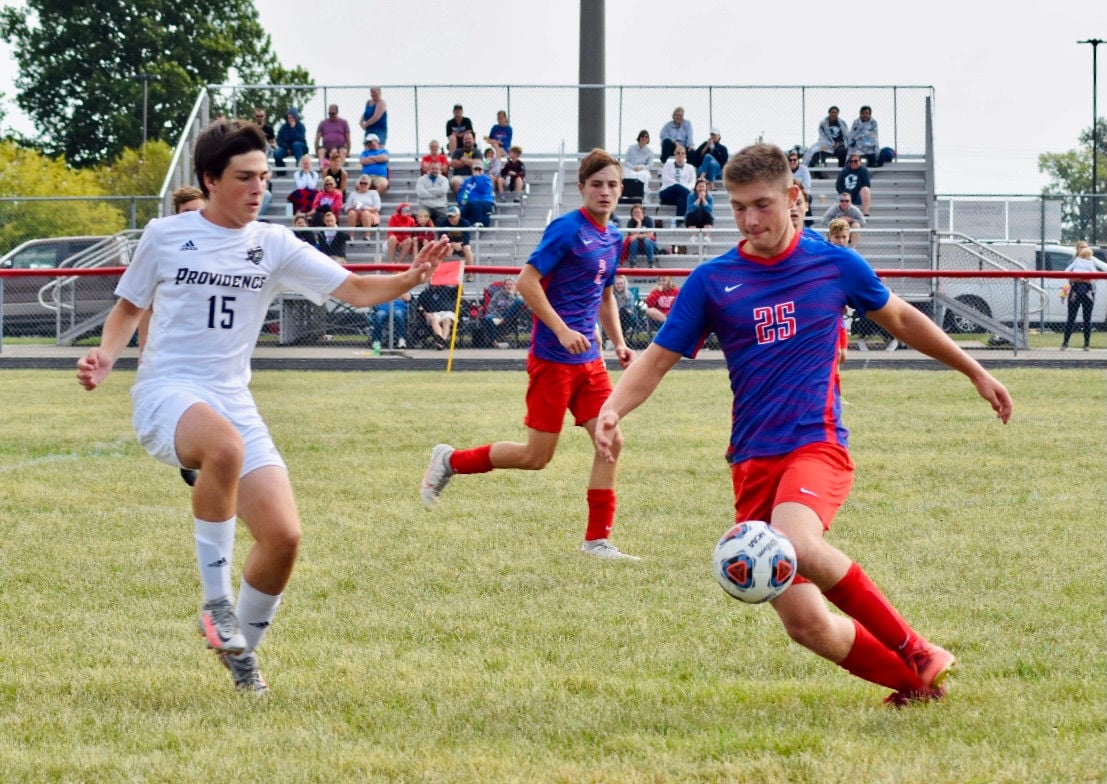 Southwestern’s Conner Jewell controls the ball Saturday against Providence. The Spartans fell to the Pioneers, 3-2. Jordan Jones looks on from behind.

Aiden Hartsell is on pace to set a single-season record for goals at Southwestern. He already has the record at 35 and has scored 31 in eight games this season.

Southwestern’s Conner Jewell controls the ball Saturday against Providence. The Spartans fell to the Pioneers, 3-2. Jordan Jones looks on from behind.

No one has been able to stop him. To say the least, Southwestern senior Aiden Hartsell is on a tear.

Hartsell scored a program-best 35 goals in 20 games last season. In eight games this season, the high-scoring senior already has a staggering 31 goals.

Hartsell, who owns the career scoring record at Southwestern, is currently on pace to shatter his own single-season scoring record.

He added two more goals against the No. 2 team in Class A Saturday in a 3-2 loss to Providence – the defending state champions.

The Pioneers (5-2-1) knew Hartsell, who is the state’s leading scorer, was the Spartans (6-2) primary threat with the ball prior to the game. It was evident by the way they were defending him. Yet they still could not stop him.

Hartsell scored his first goal of the contest on the left side of the net, sneaking a ball past the Providence keeper with 26:44 to play in the first half, which gave Southwestern a 1-0 lead.

The Pioneers added a goal before halftime as the teams went into the break locked in a 1-1 tie.

After a Providence goal approximately 10 minutes into the second half, Hartsell found daylight for another score with 12 minutes to play – this time on the right side of the goal.

Despite a strong effort from the Spartans defense, the Pioneers managed a late goal (3:43 to play) in front of net to secure the 3-2 victory in a game that was extremely physical.

With Hartsell scoring at will, Southwestern looks like a team that has a chance to repeat as sectional champions.

“It is very similar to last year, all these guys have great chemistry together,” Hartsell said. “A lot of us grew up playing together and know where we are going to be at on the field. Nothing would be possible without our team chemistry.”

Providence was No. 4 in last week’s Indiana Soccer Coaches Association Class A poll before moving to No. 2 on Monday in the new poll. Southwestern moved from No. 11 last week to No. 8 this week.

Spartans head coach Taylor Meredith said he knew Saturday’s contest would be a tough early-season test for his team.

“We felt like this was a postseason game in terms of how we prepared,” Meredith said. “We knew it would be physical. We just made one more mistake than they did. (The third goal) was a scramble, (Eli) Fix does really well.”

Although Hartsell has been on fire to begin the season, in terms of scoring, he is also unselfish (21 assists last season). That is true for the rest of the Spartans, according to Meredith, who has established a great culture within his program.

However, having just one Hartsell brother on the team has been weird, Meredith admitted, as Anick Hartsell (35 goals, 21 assists last season) was lost to graduation.

“Everyone is all in, they don’t care who scores,” Meredith said. “They just love playing soccer. That makes it a lot of fun.

“It has been weird without (Anick). It is going to be even weirder next year without a Hartsell. Anick does come to a lot of the games to make sure he is here for him.”

Aiden, who scored seven goals (school record) against Morristown earlier this season, said he was nervous to play in the team’s first game. For the last three years of varsity soccer, his older brother has been right by his side.

“Once we lost Anick up front offensively, I knew I was going to have to do a lot more,” Aiden said. “My nerves without him went away after I scored my first goal this season.

“My drive and competitiveness, I just had to go to another level.”

A level that has been unstoppable through eight games.

Don't turn your back on God