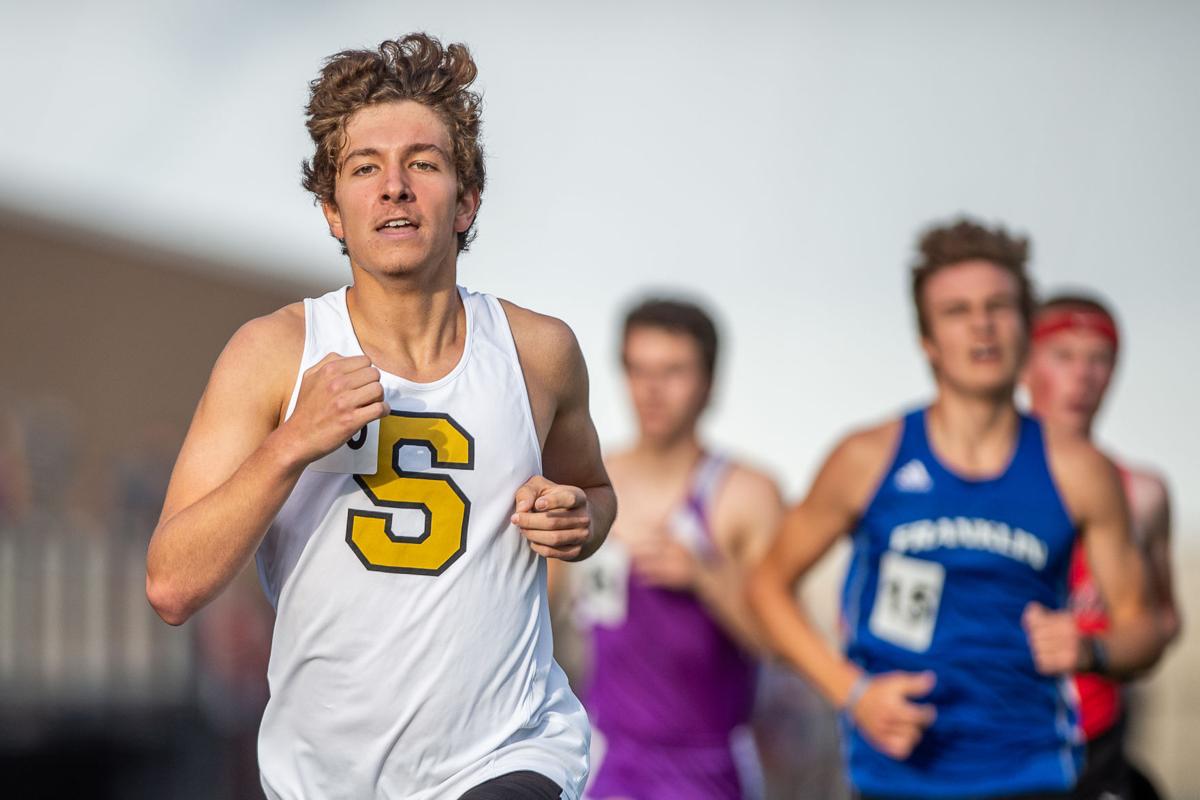 Shelbyville’s Beau Kenkel competes in the 1,600-meter run Thursday at the Warren Central Track and Field Regional. Shelby County was well represented at the meet. 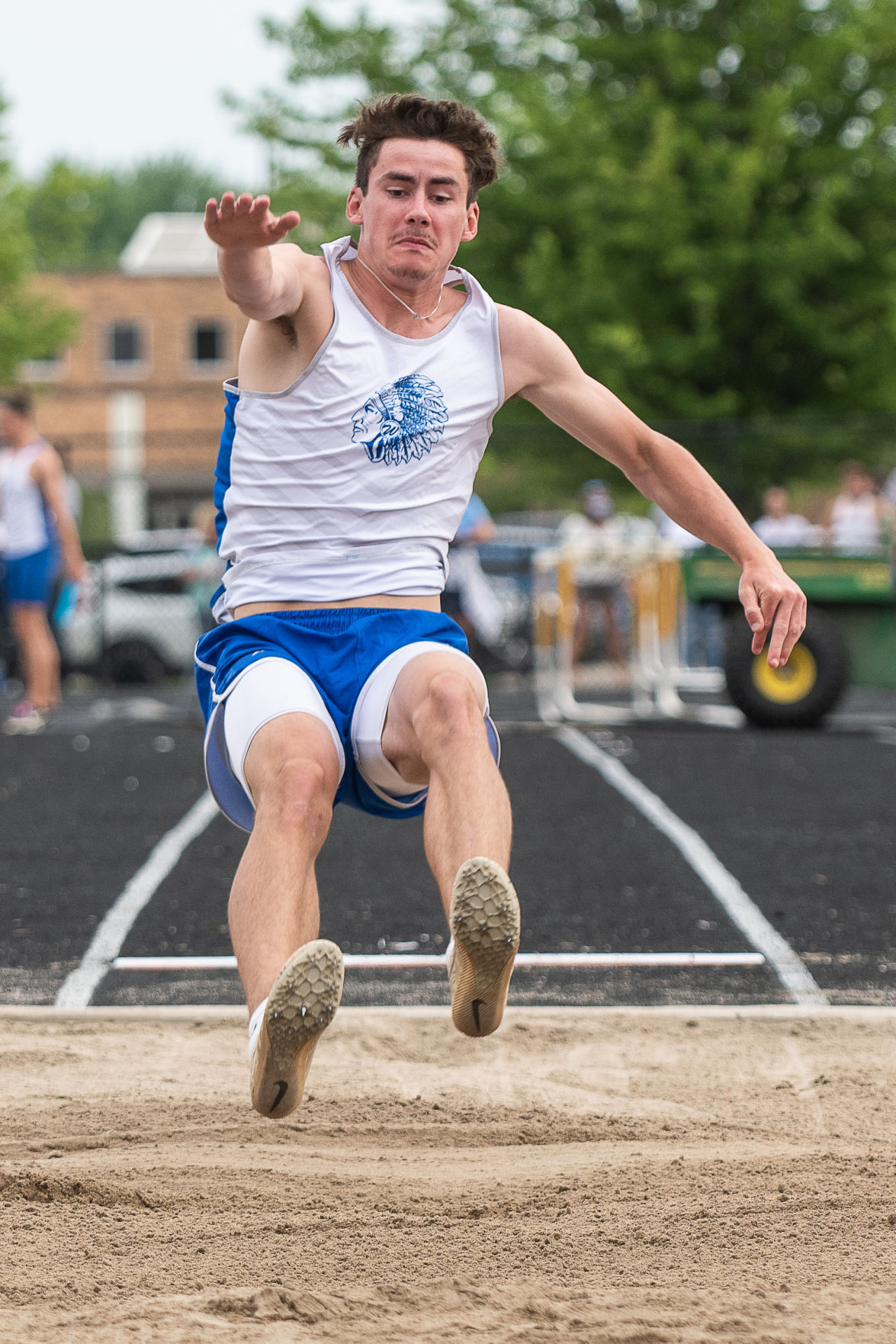 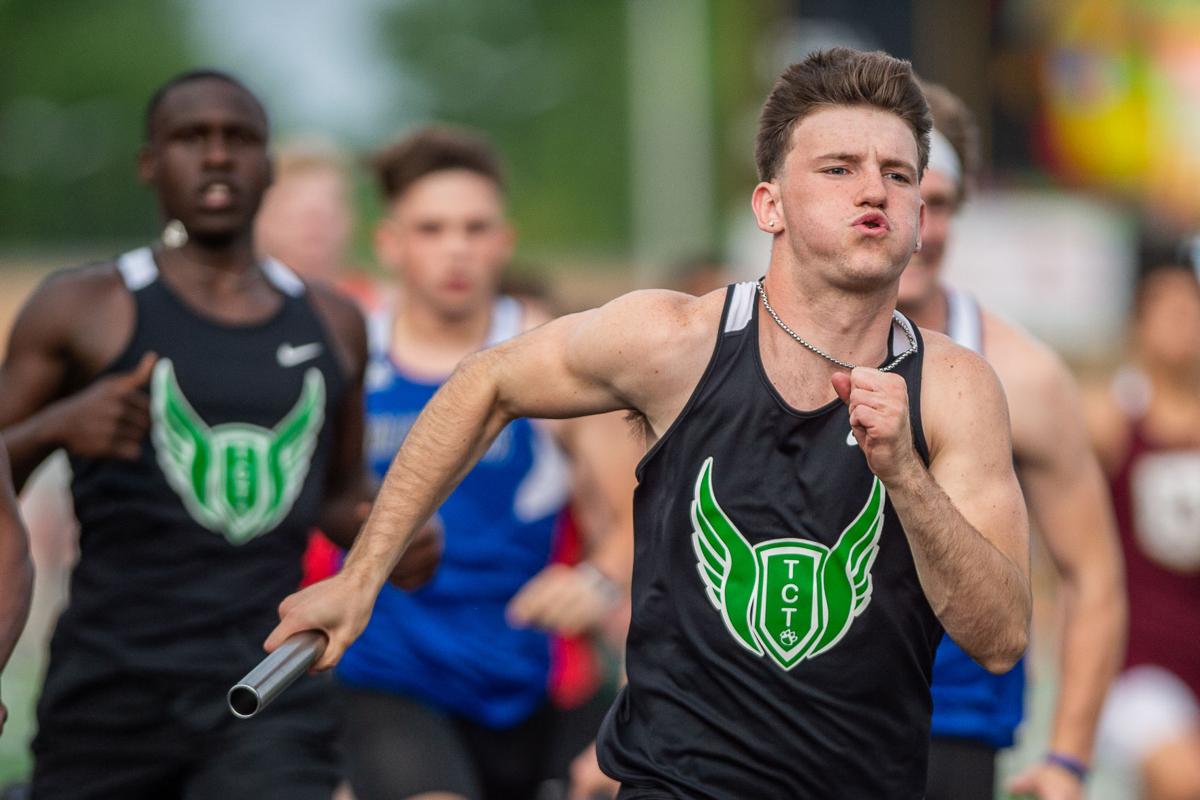 Triton Central’s Ray Crawford takes off after receiving the baton from teammate Courtney Dunville Thursday at the Warren Central Track and Field Regional. The pair competed in the 4x100 relay with Brayden Wilkins and Brad Schultz.

Shelbyville’s Beau Kenkel competes in the 1,600-meter run Thursday at the Warren Central Track and Field Regional. Shelby County was well represented at the meet.

Triton Central’s Ray Crawford takes off after receiving the baton from teammate Courtney Dunville Thursday at the Warren Central Track and Field Regional. The pair competed in the 4x100 relay with Brayden Wilkins and Brad Schultz.

INDIANAPOLIS — Warren Central’s campus was overrun by some of the best male athletes in the state Thursday for regional track and field.

Shelby County was well represented in the meet with boys from Shelbyville, Waldron and Triton Central competing for a chance to qualify for the IHSAA State Finals.

Shelbyville junior Sam Price and sophomore Beau Kenkel represented the Golden Bears. Price competed in the 400-meter dash, finishing 15th overall in 54.04 – which shows how talented the field was Thursday. Price ran a 52.56 at the sectional to advance.

Kenkel, a tall and lanky athlete, ran with a large group of runners for most of the 1,600. The pack was behind the top two runners in the race – Will Jefferson of Whiteland and Reese Kilbarger-Stumpff of Columbus North (4:10.37, first place). Kenkel finished in 4:49.79 (14th) after running a 4:51.34 at the sectional.

Bowlby, who won county and conference titles in the event earlier this season, was third overall at the sectional with a jump of 21-01.50. The senior said he enjoyed competing against several big-time athletes during the regional meet.

“It was pretty crazy watching some of the kids jump,” Bowlby said. “I gave it all I could. I saw a kid jump like 21-06. I can jump that, but it just looked so crazy.”

Triton Central had multiple individuals and a relay team compete in the regional.

TC’s 4x100 relay team of Brad Schultz, Ray Crawford, Courtney Dunville and Brayden Wilkins won their heat in 44.48. When the two heats were combined, the foursome finished seventh overall. The 4x100 relay team ran a 44.64 at the sectional last week.

“We had good handoffs, we were zooming,” Crawford said with a smile.

“We worked on handoffs all week (in practice) and starting out of blocks,” Wilkins added.

The four boys have a bright future together. Schultz is a sophomore while Crawford, Dunville and Wilkins are all freshmen. They said they have their sights set on the school record next season, which is 43.60.

“We are going to break the record next year,” Dunville said. “When we are juniors and Brad is a senior, we want to get to 42.0.”

Schultz also competed in the 100 Thursday. He advanced to the finals in the event and finished seventh overall in 11.24. He ran an 11.29 at the sectional.

Also for the Tigers, junior Aiden Lindsey competed in the high jump at the regional. He cleared 6-0 on his first attempt but could not get over 6-2. He finished sixth overall. Lindsey jumped 6-2 at the sectional.