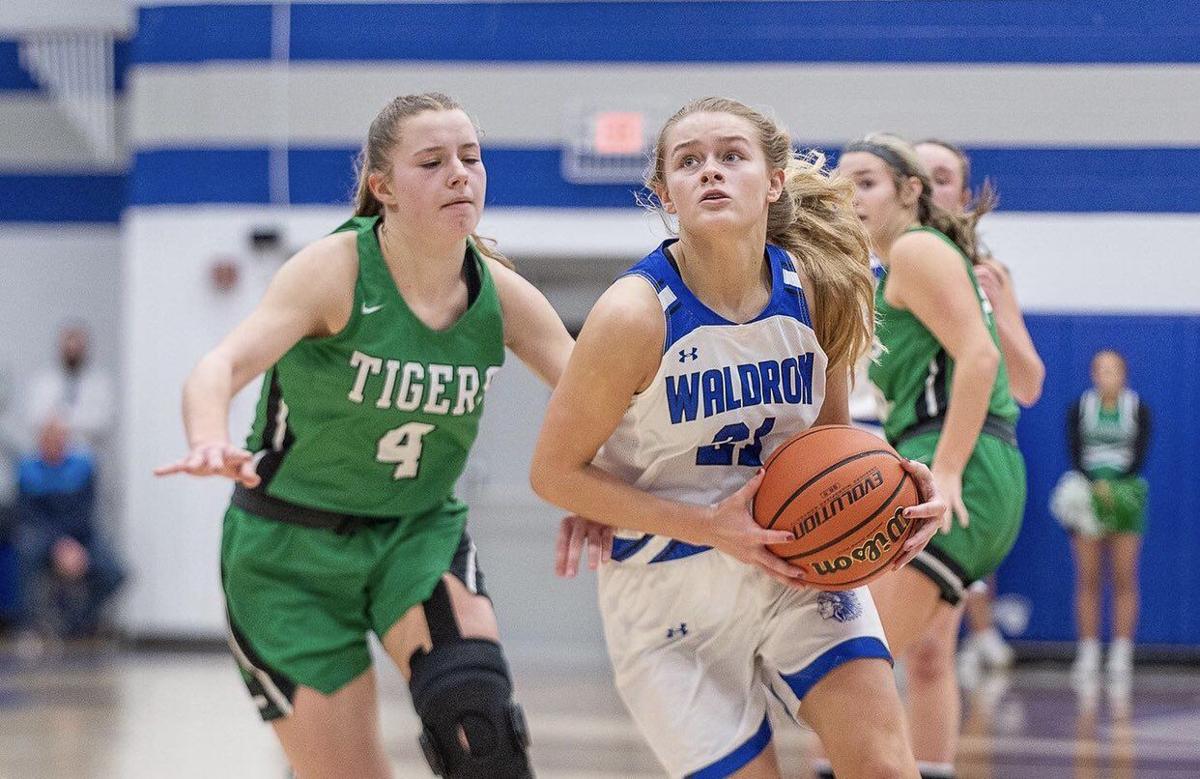 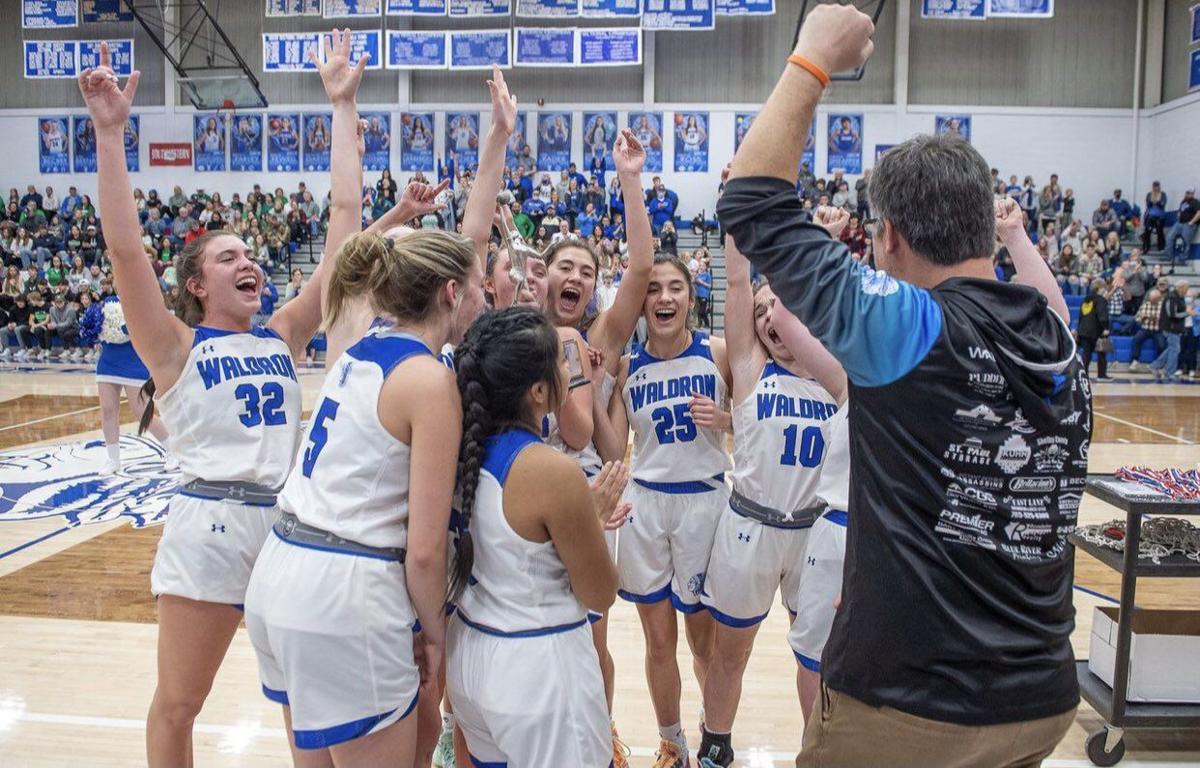 Give Waldron’s defense credit – holding Triton Central, a top-10 team in Class 2A, to 27 points is no easy task.

The Mohawks, ranked No. 2 in Class A, handled the Tigers Saturday night to win the Shelby County Tournament championship. Waldron remained poised down the stretch in the fourth quarter to secure the comfortable 42-27 win – the third county championship in the program’s 46th season.

The victory also completed the second season sweep of Triton Central. The other came during the 2009-10 season.

WHS senior point guard Nichole Garner, who scored a game-high 16 points, was named Most Valuable Player of the tournament. She joins Amy Fischer (1992) and Heather Mink (2010) as the only Mohawk players to win the award. The senior helped her team take care of the ball late in the game.

“Triton is a really big competitor for us, they always have been,” Garner said after the win. “So, we are always pumped up to play them. We have to be on our game all the time, no matter what the situation is. We can’t get down on ourselves. Or they will come and get you.

“This year as point guard, I had to be more comfortable handling the ball. In games like this, you have to keep calm and you can’t let the pressure take over.”

Waldron forced the Tigers into a cold shooting night. Triton Central finished the game 7 of 35 (20 percent) from the field. In their last six games, the Mohawks are allowing an impressive 22.6 points per game. For the season, they are allowing 32.3 ppg, which is 12th in the state.

Stellar defense, plus a 10-1 run to end the first half (19-14 at half), helped Waldron take control. After holding a 32-25 lead heading into the fourth quarter, the Mohawks were patient offensively the rest of the way, making the Tigers come out and guard them. WHS shot 6-for-8 from the foul line in the fourth quarter (11-for-14 overall).

“We didn’t lose our composure,” Waldron head coach Anthony Thomas said, referring to the slow start. “Our defense kept us right there. Then we got some momentum going into the half.

“I am so proud and happy for my kids. This is a big accomplishment for them. We have a ton of respect for Triton Central – but we earned it.”

Senior guard Megan Bogemann hit a massive 3-pointer at the end of the first half and finished with 11 points (three 3’s). Thomas said his girls are not afraid to take – and make – big shots. Garner made a pair of threes in the second quarter, which came after Triton Central held an 11-9 lead with approximately 5:13 left in the first half.

“These kids are absolutely not scared to shoot the ball,” Thomas said.

TC, which is ranked No. 7 in this week’s 2A poll, was led by senior wing Olivia Faust, who finished with seven points. The Tigers, who had won the previous seven county tournaments, played without starting point guard Jenna Cox, a junior.

Also for WHS, senior forwards Hadlie Ross and Bella Larrison (battled foul trouble second half) each finished with six points. Garner, Bogemann and Larrison were named to the All-Tournament Team.

Kris Mills is the sports editor of The Shelbyville News. You can follow Kris on Twitter @KrisMills37.

It’s wonderful to see a plan come together. I want more of that, don’t you? To get there, we need to get specific about goals.

I love the original Wes Craven “Scream” from 1996. Not only do I count it among my favorite horror movies of all-time, it’s also one of my favorite comedies. The Ghostface mask worn by the film’s killers has given me plenty of sleepless nights, and I consider some of its jump scares to be am…

Chew This! A Crispy Orange Snack

It is no secret that I love a good snack, I love lemons, limes and oranges and that I love anything chocolate; so, this recipe should really be no surprise to anyone. I remember, growing up, my Grandma Barbra would eat these long thin bars of chocolate that were filled with an orange cream. …