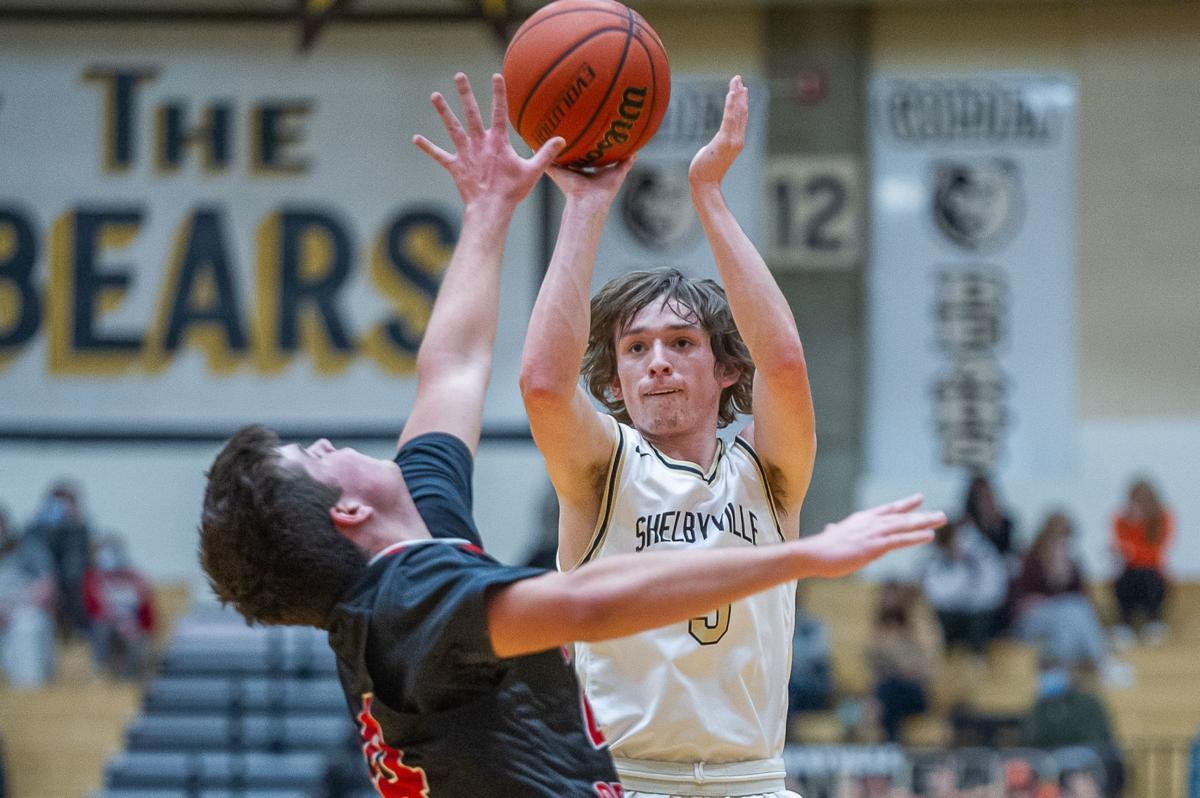 Shelbyville’s Mitch Yeend elevates for two of his 29 points to lead all scorers during their 61-56 defeat of East Central. 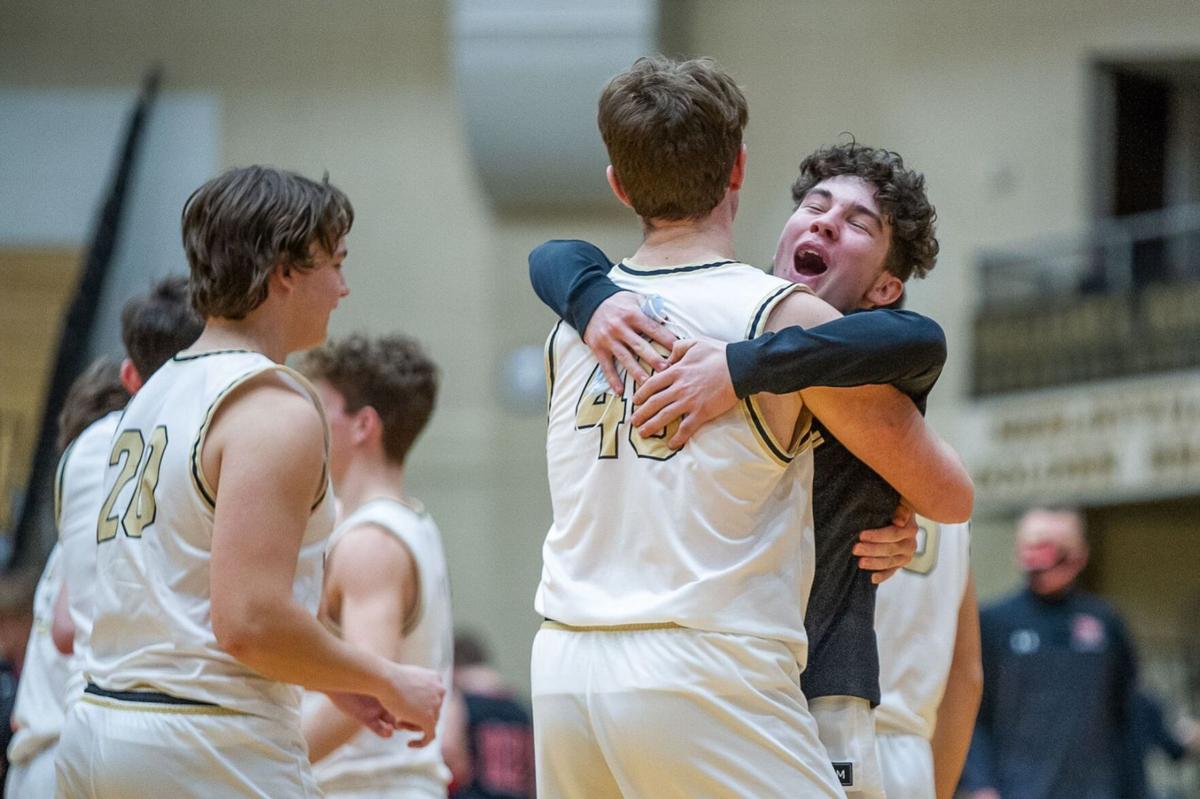 Shelbyville’s Mitch Yeend elevates for two of his 29 points to lead all scorers during their 61-56 defeat of East Central.

The Shelbyville boys’ basketball team was coming off back-to-back Hoosier Heritage Conference games in which the Golden Bears needed to knock down free throws to pull out wins.

In both cases, the Golden Bears were unable to make those shots, resulting in a pair of losses.

Shelbyville (6-12) made six crucial free throws in the final minute to hang on for a 61-56 win over East Central on Saturday.

Leading 53-50 with less than a minute remaining, the Golden Bears traded turnovers with the Trojans before senior Hunter Hounshell was sent to the line. He made a pair with 43 seconds remaining, and after East Central’s D.J. Stroud missed a 3-pointer, senior Mitch Yeend went to the line.

The Golden Bears went back to the line on their next possession and Hounshell again sank both for a 61-53 lead.

“Our free throws, they came up big tonight,” coach John Hartnett Jr. said. “Unfortunately it’s been the last three games. We had two chances to knock down free throws against New Pal and Delta, but couldn’t get it done, but tonight we stepped up and hit big shots and hit some big free throws.”

Stroud knocked down a 3-pointer with 11 seconds for the final margin and both teams again traded turnovers to finish out the game.

“It was a good win and big momentum booster coming off two close games,” Hartnett Jr. said. “I told our guys after the game, if we hit our free throws down the stretch (against New Palestine and Delta), like we did tonight, we have two more wins in the win column and sharing the HHC conference.”

Shelbyville led for most of the game, fending off East Central’s numerous attempts to claim the lead.

The second half saw two quarters that were polar opposites.

East Central outscored Shelbyville 8-7 in the third quarter before the Golden Bears outscored the Trojans 22-18 in the fourth.

Aside from at the line, the Golden Bears cooled off shooting-wise in the second half.

Shelbyville shot 16 percent from the field but made up for it with 11 trips to the line.

In the first half, the Golden Bears shot 11-for-19 from the field, including a blistering 8-for-11 from beyond the arc.

“We knew we had to spread the floor with (6-foot-7, 300 pound senior Luke) Collinsworth in the middle,” Hartnett Jr. said. “He’s a big guy and takes up a lot of space in the lane so I started five shooters tonight. If he helped off, they were going to get a shot. Look what happened on the first play. He helped off Layton Steineker and he hits a big three.”

“He said everything he shot, he felt was on fire,” Hartnett Jr. said. “When a player gets in the zone like that, he’s very difficult to guard and Mitch is a very good player, and he’s very hard to stay in front of.”

And while the Trojans didn’t miss a free throw the entire night, making all 17 attempts, the Golden Bears came through when it mattered most.

Since September of last year when the film won top prizes at both the Venice and Toronto International Film Festivals, it has been clear that Chloe Zhao’s “Nomadland” would dominate awards season. Mind you, awards season itself was in question, with all the delays and compromises that affect…

Chew This! A Secret and Delicious Shortcut Soup… (copy)

Pasta Fagioli basically means “pasta and beans” and is an extremely popular Italian soup. Growing up, I never really cared for any type of soup to be quite honest with you but over the years of my taste buds developing and changing, I have really grown quite fond of soup. Before my Grandma B…

Book Review: "The Ku Klux Klan in the Heartland"

Many, many years ago, I remember our dad saying that he had seen a Ku Klux Klan burning cross near where he grew up. James H. Madison’s book, The Ku Klux Klan in the Heartland, places the strongest period of the Klan in Indiana in the 1920’s which fit with the time our dad was talking about …