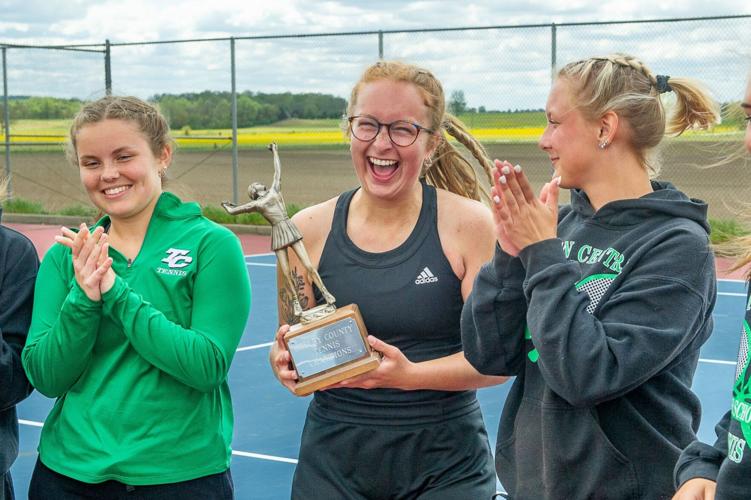 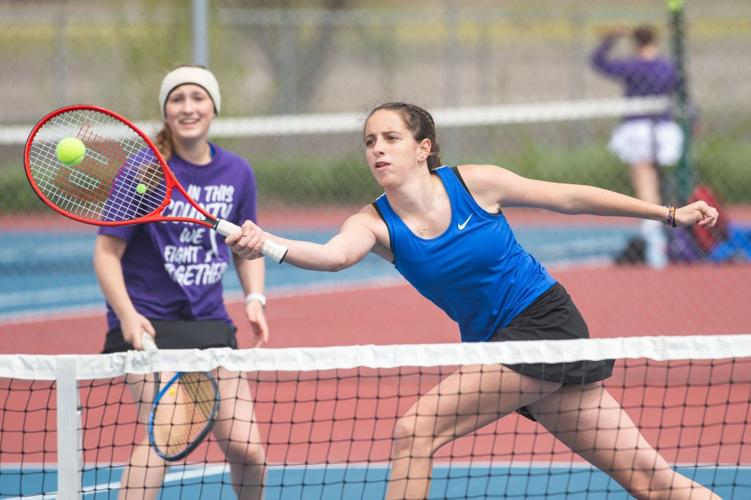 For the second year in a row, Triton Central met Waldron for the girls’ tennis county championship.

And for the second year in a row, the Tigers pulled off a 3-2 win to capture the title.

The three singles players picked up wins for Triton Central as it defended its title.

Emma Hutchinson secured the championship with a 6-3, 7-5 win over Josee Larrison at No. 2 singles.

Julia Sanders went undefeated on the day and did not lose a set at No. 1 singles. She defeated Nichole Garner, 6-0, 6-0, after beating Morristown’s Sarah Essex by the same score earlier in the morning.

And the No. 2 team of Audrey Hogg and Emily Tyree defeated Olivia Martin and Sarah Williams 6-3, 6-3.

In the morning matchup against Morristown, Hutchinson and Chougule won their respective matches 6-0, 6-0 against Abby Mendoza and Bri Flores.

Shaw and Bogemann remained undefeated this season with 12 wins.

Waldron’s No. 2 team lost to Faith Kelley and McKinley Correll 5-7, 1-6 before picking up the win in the championship.

Triton Central improved its record to 10-4 this season with the title.

A Look at Indiana’s Future

An article in Sunday’s Indianapolis Star deserves a hard look.

It’s the week after a big blockbuster in “Doctor Strange in the Multiverse of Madness,” and you know that means: I’m going to review a movie that got absolutely stomped at the box office. There can be respectable runners-up in busy holiday seasons, but very rarely does something worthwhile o…